One of my fondest memories is visiting Bali when the kids where all still minors. Their age ranged between 10 to 17. Miggy was just 12 years old when we went to Bali as the Apolo 11. Kuya and his fam were the Apolo 7, while my parents and me and Miggy made up for the 4. For a few years, we would celebrate the holidays in Indonesia. Kuya figured out that it was cheaper to fly us in versus them flying home. 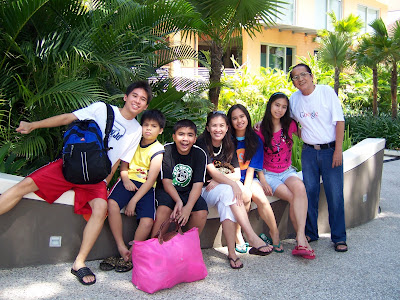 In one of our trips, we spent time in Bali. Traveling with a huge group was crazy. We constantly had to count and make sure no one was left behind. It was harder when the kids were younger. It was more fun though when they were in their teens. That was the time I realized they were indeed growing up because my niece just dropped the news on me that she already had her first heartbreak! I thought they would stay babies forever. 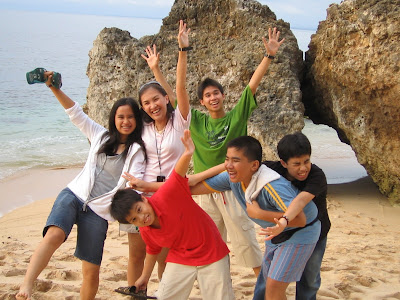 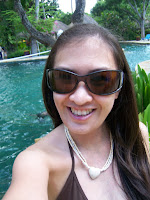 We eventually visited Waterbom in Bali. It's a huge water park. It was like a huge version of Splash Island. My nephews and nieces dragged me and Miggy to go through the crazy collection of slides. I eventually gave up because all of it required going up several stories of stairways, haha. What I enjoyed though was the lazy river. We all piled up on huge salbabidas and just let the water push us through the course.

We had a great day at Waterbom. It's one of those happy days tucked in my core memory. The kids then were still so young, but I realized they were already starting to become their own person. They are all grown-up now. All have graduated and some have gotten married already. I'm glad we got to experience Waterbom back then. Maybe next time there would be new chikitings in tow.