Unboxing a New Toy, the Nexus One

I don't much have to say about the phone as of the moment since I am still very much amazed with it. I got it last week and it was shipped to Manila before I got back from Singapore. I'll let the photos speak for itself. 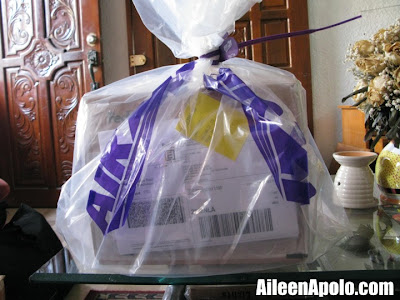 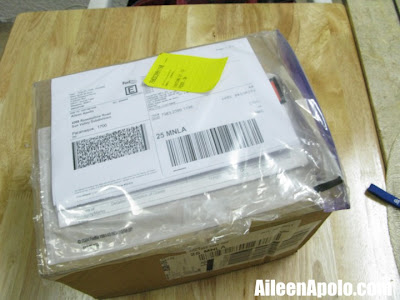 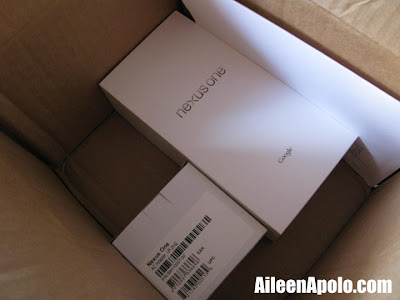 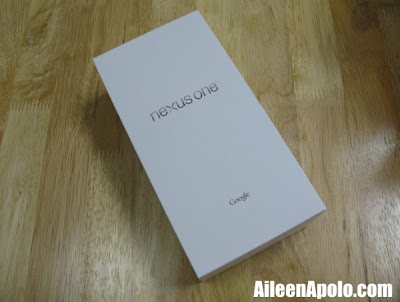 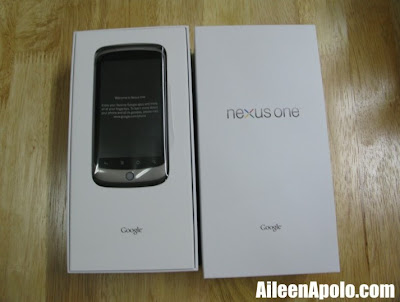 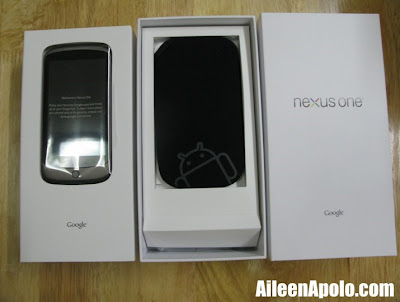 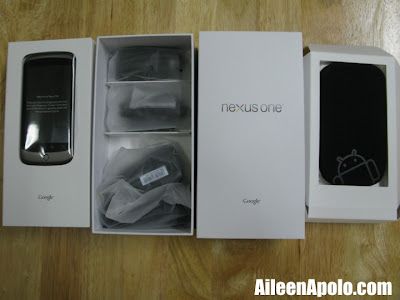 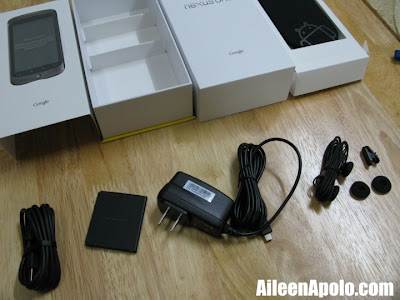 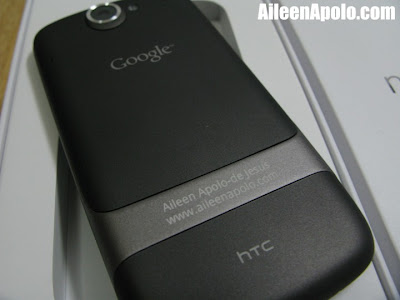 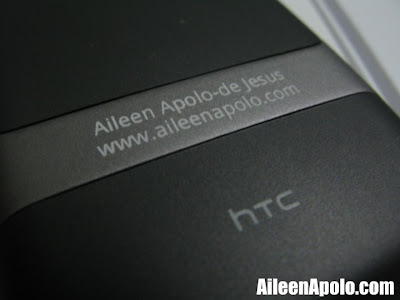 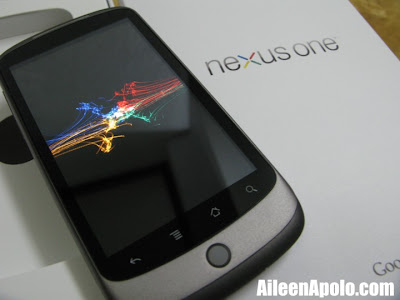 Want one? Go to the Google Nexus One page.

Saw this in the news while I was preparing dinner -

Where the Clicks Started (Aileen and Jay's Pre-nup Video)

Thanks to Buddy our pre-nup video is finally on Youtube! Hooray!

The Day I Cooked Adobo

While I was washing the dishes after dinner Sweetie stood behind me and with a hug said, "Wow! My wife has been domesticated!" I laughed out loud and Sweetie asked, "At bakit ka naman tumatawa?" I told him that if my Kuya heard what he just said he'll probably faint and Anne would probably declare, "The sky must be falling!"

A few years ago when my brother asked me what I wanted to be years from now I told him, "I want to be a housewife!" My Kuya promptly laughed and said that it was impossible. He went on to say that I was too focused on my career and that managing a household would probably drive me crazy.

Save for the cooking classes we had in high school I never bothered to learn how to cook. I was a good student though so I learned most of the cooking theories. I always got myself assigned as the marketer and dishwasher back in high school because I was so scared of the kalan. At home someone always did the cooking and Miguel would complain whenever I fried bacon for him, so any cooking duties I had were done by someone else.

After more than two weeks surviving on leftovers taken from all the family parties we had and canned goods I knew I had no choice but to cook something. Drew suggested I start with some basic dishes like adobo and sinigang, so a few days ago I started to do some research about how to cook adobo. I started off by watching this video by Komikero -

Bought a couple of recipe books. Bought the ingredients and then as instructed by Komikero marinated the meat last night. An hour before cooking Anne coached me a bit and told me I can do it and there were loads of advise as well from Plurk. Just before I started cooking I panicked and called up my Mom to ask Dad some important cooking questions.

It's been 2 weeks since Sweetie and I tied the knot. In the past two weeks we've been achieving a good number of milestones (well we consider them as such). The major ones are:

Our first cooking attempt failed because the electric stove suddenly churned out white smoke. We both got scared, so it took us almost a week to try out the stove again. Gail mentioned that it takes awhile for an electric stove to heat up and she's right. During our second attempt we managed to cook an omelet and sinangag. And we've been cooking some stuff here and there and that's how I discovered that onions make me cry. Things have so far been edible and I haven't heard any complaints yet from the boys. Yay!

House blessing and Enthronement of the Sacred Heart

We really want our marriage to be blessed so we had my Mom invite Fr. Dave to bless our home and enthrone the Sacred Heart (passed on from my Lola to my Tita then to me). We had it this afternoon with immediate family and a handful of neighbors with Fr. Dave. It felt quite overwhelming because it was our first party (albeit very small) and made me realize that I have really moved (my very first time!). Hopefully when we're back from our trip we'll be able to invite a couple of friends to come and visit (probably by batches since we have a very small home hehe).

We haven't been able to conquer our washing machine yet. Our second attempt proved that our Samsung washing machine had the talent of strutting around the laundry area on its own (too bad Sweetie wasn't able to take a video of it). Well, in good time.

The past couple of weeks have been really crazy with major things happening and I haven't had any time to sit down and blog about all those exciting things.

1. Sweetie and I tied the Knot! 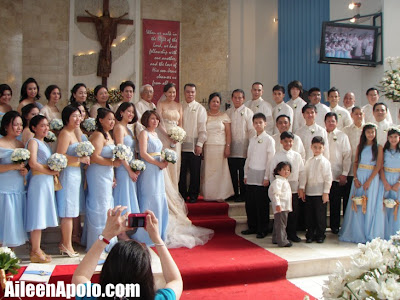 Photo from one of my nieces (not sure whose cam) 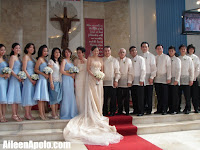 We purposely did not blog about the preparations because we wanted to surprise our family and friends with our plans. Despite our busy schedules we managed to do everything for our wedding on our own with help from dear friends and family. All the effort paid off since everyone said that it was a beautiful wedding.

It was a magical day and before the church doors opened I said, "This is it!", took a deep breath, smiled and walked down the aisle towards the altar. It was Miguel who walked me first and then my parents brought me to Sweetie. I'm glad I managed to hold back my tears the whole time. I'm so excited to see the photos next week!

Special thanks to our parents, our family and friends who helped us make it a beautiful wedding (more details to follow in another post).

More photos here and on the day video here.

We went home to our new home the day after the wedding. We decided to delay our honeymoon a bit so we could fix our new home. It's really exciting! Took us a couple of days to finish opening our gifts and figuring out what stuff we still needed. Things are settling a bit save for our wayward Samsung washing machine which keeps strutting around the laundry area and our electric stove which we're still scared to try out again. 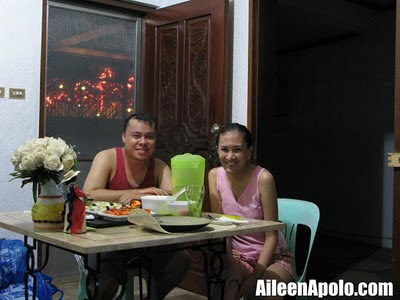 We're blogging our new adventures at "Mabuhay ang Bagong Kasal". The new blog still needs a lot of sprucing up, but we're slowly putting in some posts as we go along. Sweetie's big move from Marikina also inspired us to start a new blog about "Paranaque City Life".

Fairy tales do come true and my parents are the living proof to that. We celebrated last weekend their golden (fiftieth) wedding anniversary. It was a joyful milestone for our whole family and I'm happy to report that everyone was present for the occasion. Hopefully I'll find some time this week to edit some videos I took from the celebration. 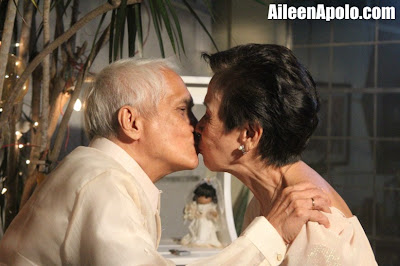 I haven't thought about any new year's resolutions yet since I'm starting a new book (not just a chapter) in my life. The new role "wife" is already a biggie and I think that's something that's going to be central for the whole year.