Starting Off my Yoga Diary

After surgery my doctor recommended that I do yoga. He always reminded me about this during my post-surgery check-up. I tried yoga once 4 months after surgery, but I got traumatised because the instructor (who is btw a former dancer of Britney Spears) did a mixed yoga-pilates class. You can imagine how disastrous that was for me.

After that incident I got myself a DVD and a mat and told myself that I could probably study on my own before I join a class again. I have been procrastinating for almost 2 years now and the DVD is still sealed to this day. I even bought Miguel his own mat so he can join me. Nothing happened in that department for many disgraceful reasons.

I told myself early this week that I really had to get things going since my weight loss have reached a plateau (for about 6 months now...) and my cardio told me that I needed to lose some weight (I think he gave up on the idea of bringing me down to my original weight). I really need to lose weight since my heart valve is unfortunately leaking mildly again.

Last night I dragged two of my office buddies to accompany me to the yoga class in the office. It was conducted by a colleague. One thing that really reassured me was when she said that if we felt off with breathing we should just stop for awhile until we could get back up. She mentioned also that we should listen to our body and do poses that we can manage and not push too hard. I think I managed to practice for about 70% of the 60 minute class. It was an advanced class and at the end she reminded us not to judge ourselves for our practice. 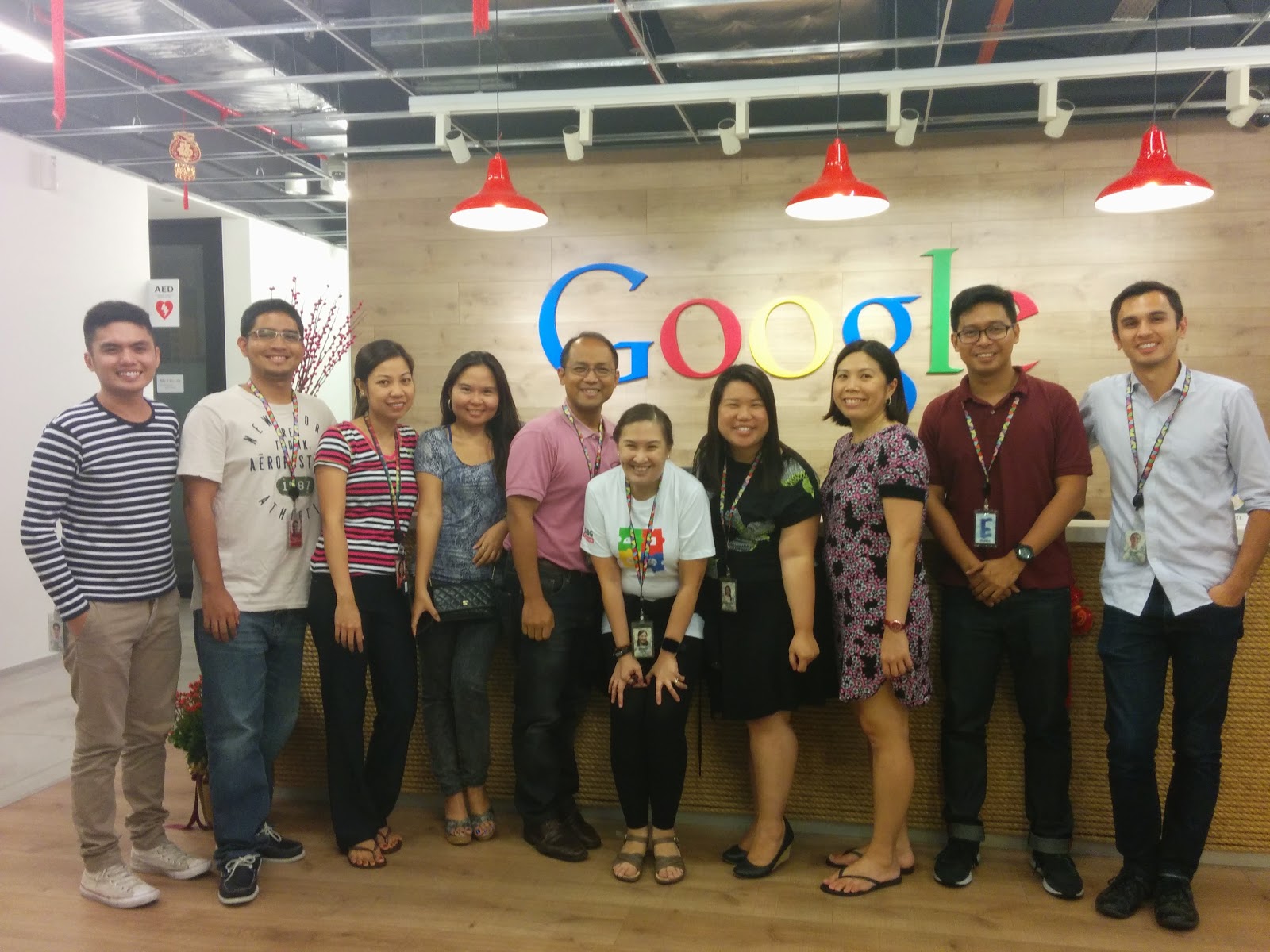 I hope to join the class again next week and hopefully find another pose I would be comfortable with aside from the savasana pose (haha). And who knows maybe in a few months I can do more challenging poses. I wish though they would offer beginner classes soon.

And how can I not be motivated? The Pinoys at work waited for us to finish class before heading to dinner.

29 Years After the EDSA Revolution

Wow! I can't believe 29 years have passed since the EDSA Revolution. I still remember that week quite vividly. I was just in fourth grade then and I remember my parents explaining to me why we had to stay home and why they were so worried that my Kuya decided to go to EDSA on his birthday. There were a lot of things happening during that time and I was told that it was dangerous to go out.

During that week I learned how to ride my shiny red bike. I didn't really like the color of my bike because red symbolized Marcos and, of course, I was pro-democracy so I was hoping to get a yellow bike (I eventually did when my red bike got stolen). Back then before we had our freedom my parents were very strict with my Ate and Kuya about coming home late. "Delikado ang panahon" they would always say. We only went out during special occasions and only went to the supermarket when we needed to buy groceries (there was no such thing as malling back then). We stayed home often and family trips was limited to going to our hometown in Bicol, but we had to stop going for awhile because of the NPA.

I guess I'm in that generation that experienced Martial Law, but didn't understand it that much since I was too young then. I did experience coup d'etats during the first Aquino administration, blackouts during the Ramos administration and the disgrace that was the Estrada and Arroyo administration. We acquired the freedom we wanted and there were a lot of improvements after, but we were bogged down with bad leaders and their personal motivations.

As much as the media keeps saying that it's all bad in the Philippines, it's not (they just love to sensationalize things). We're just culturally very sensitive people and we absolutely love to rant. For me though I like to see a half-empty glass as a glass half-full rather than half-empty. As I mentioned in a previous post, things have to go through a tedious process in order to become perfect (e.g. glass goes through fire to be formed, diamonds need to be processed to look beautiful). I am sure that our country did not have an easy time to recover after the Battle of Manila and that's what we are going through currently.

Back in 2008 my Dad wrote a blog post about "Moral Discipline" and he mentioned that in 1939 President Manuel L. Quezon formed a "Moral Code Committee". President Quezon eventually issued Executive Order No. 217 (Moral Code, 1939). The code points out very sensible things we can do on our own to help in nation building.

Let's all do what we can to build our nation and I hope that by the 50th anniversary of EDSA we would have learned how to manage our freedom.
Ipinaskil ni Aileen Apolo-de Jesus sa 2/25/2015 10:38:00 AM No comments:

"There are all kinds of love in this world, but never the same love twice."
F. Scott Fitzgerald

Sweetie and I finally got to watch "That Thing Called Tadhana" the other day. I loved the movie since it was simply realistic and the dialogue was engaging. It reminded me of the movie "Before Sunrise" and "Before Sunset" which was an all-dialogue movie as well.

All the hugot lines from the movie resounded so well with so many people because it's what people go through everyday. We all go through the cycle of falling in love, getting betrayed, breaking up, healing and then falling in love again, but as F. Scott Fitzgerald said, "... but never the same love twice."

We each have our own story, probably as unique as our thumbprints. I went through the same cycle and I must say that I had to go through all of it because I had to learn a lot of lessons before I found my one true love.

If you are still looking for your one true love, do not worry, God is still probably looking for the leading man or your great love story.

The Test for Peace

"Peace cannot be kept by force, it can be only achieved by understanding."
- Albert Einstein

Last night just before I went to sleep my thoughts again went into the issues happening back home. We were all euphoric when Pope Francis visited the Philippines and everything was calm after that. Slowly things went bank to normal, but everyone was still in cloud 9, happy to have felt loved by Pope Francis. Our faith re-energized, putting everyone on a positive mood.

And then, BAM! We all faced the bad news about the murder of 44 special action force policemen.

Our faith shredded once again.

The peace that had settled in after the Pope's visit burst like a bubble and reality set in. There was noise, a lot of noise after the news broke. Finger pointing. Accusations left and right. We were all looking for someone to blame. Facts are being revealed really slowly.

I remember a team building exercise we had to do a few months back. Our team is composed mostly of A personality people and meetings would run to no end because each person had an idea and always had to speak. My boss would complain that I never really shared my thoughts. I didn't because I wanted to listen and not jump in the foray.

So we failed the first run of our team exercise because we didn't communicate well. There were so many cooks in the pot. There was some physical requirements in the activity I couldn't participate in so I stood back most of the time and just helped where I could. Instructions were given left and right by different people. There was a lot of great ideas on how to finish the task, but there was no process to identify the right way. During our debriefing I shared that the biggest problem was everyone wanted to lead, wanted to share their ideas, but no one wanted to listen and follow just one leader. We did the same exercise again after the debriefing and exceeded our targets. After that day we became a much better team and we became a family.

Being away from home I just get my news online. I sometimes watch TV Patrol on TFC, but I read mostly. I see a similar problem as what our team had. Investigations are happening left and right and I'm not even going to point out anymore what our politicians have been doing since I'd like to believe that everyone involved has the objective to bring justice and peace.

I think this is a test of peace for us. Our generation is very lucky because we did not see war. My parents did and my Dad used to tell us the story of how they escaped Lucban during the war. How they had to flee in the middle of the night so they would go undetected by the Japanese. How they had to go by sea hiding between war ships to go to Mindanao to stay away from the war. My Mom, on the other hand, shared how they had to move places everytime my grandfather (then in the Philippine Army) was re-assigned. They didn't have the freedom to move around like we do back then and they had to endure the time when Papa Lolo had to go through the death march in Bataan.

We recently commemorated the 70th anniversary of the Battle of Manila and after watching the documentary I realized that our parents had to endure a lot to be liberated, to have peace. The Battle of Manila lasted from February 3 to March 3, 1945. A month long battle where forces started to march from Pangasinan to fight to free our people. One hundred thousand men, women and children died and Manila was left in a rubble. The anniversary comes at a good time where we should remember that war is never a solution.

That was the process that our forefathers had to go through to attain liberation and peace in 1945. And what is happening today is the test we have to go through to attain peace. There is a lot of issues. A lot of things to work out. Justice to be served. Peace to be attained. I hope there would be a way where we can all take a step back, assess the situation and steer towards the process for peace.

I really pray that the Mindanao peace process will work out and that justice will be given to our brave SAF policemen who sacrificed their lives so that others will not suffer.