My Greatest Gift, My Sweetie 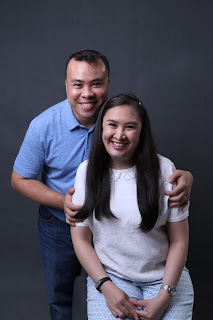 Today is Sweetie's birthday! I stayed up until midnight last night to greet him. I sat quietly waiting for him come out of the kitchen so I could greet him. I also wanted to give him my gift which luckily went undetected when it arrived via courier (I hid it in between button and fabric deliveries haha).

He was surprised to see me waiting for him and doubly surprised with the gift. He had no idea he received the box two weeks ago haha. The funny thing is he thought I got him an external hard drive! He kept mentioning it to me the past few weeks, but I prefer to give fun gifts for birthdays. I normally reserve practical gifts for Christmas. I got him a limited edition Calibur Optimus Prime from Takara Tomy (I'll let him explain more about it haha).

I am grateful everyday God found me the right one. I never had an easy life, much less a rosy love life, but I was always hopeful that one day God would answer my prayer. Sweetie came and filled my life with love. With him I discovered a new kind of love. We just clicked instantly. Mind you, we are complete opposites in many aspects. He's organized, I'm chaotic. He prefers Western breakfasts, I'm a silog person. We opt for competing brands. He's masandal tulog, I take so long to fall asleep. He's the extrovert, I'm the introvert.

Miggy feeds my will to live, Sweetie is the strength to hold on. I realized that when I woke up to a Disney movie dream last Monday after an invasive diagnostic imaging procedure. Many would be scared and anxious about going through medical procedures. I'm able to keep calm because Sweetie's always there for me. His love helps me power on everyday. I thank God everyday for writing our love story the way he did.

Celebrate the Force Behind My Will 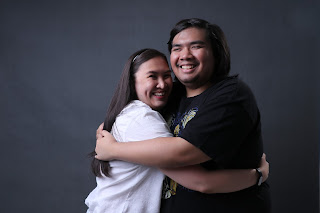 It's the time of the year again! Time to celebrate the back to back birthdays of my boys. It's Miggy's birthday today and I got home in time for us to have a virtual dinner celebration.

It's the second year we're celebrating the birthdays apart. We just ordered the same food so we could feel like we're eating together. We'll do it again tomorrow haha.

I now find something to celebrate everyday and today I celebrate the gift of life. Miggy was given to me early in life. I was told back then that eventually it will be revealed why he came early. I've known for awhile now why. Miggy has been my reason to live. He's been the force behind my will to live. It is love after all that powers all of us.

Despite frequent visits to the hospital I've never had to do a swab test. I've heard many horror stories about how uncomfortable it is. One of the reasons why I rarely go out is because I'd like to avoid getting swabbed. I even got lucky last month when I had cardiac catheterization. My doctor said it was eventually required the day after my procedure. 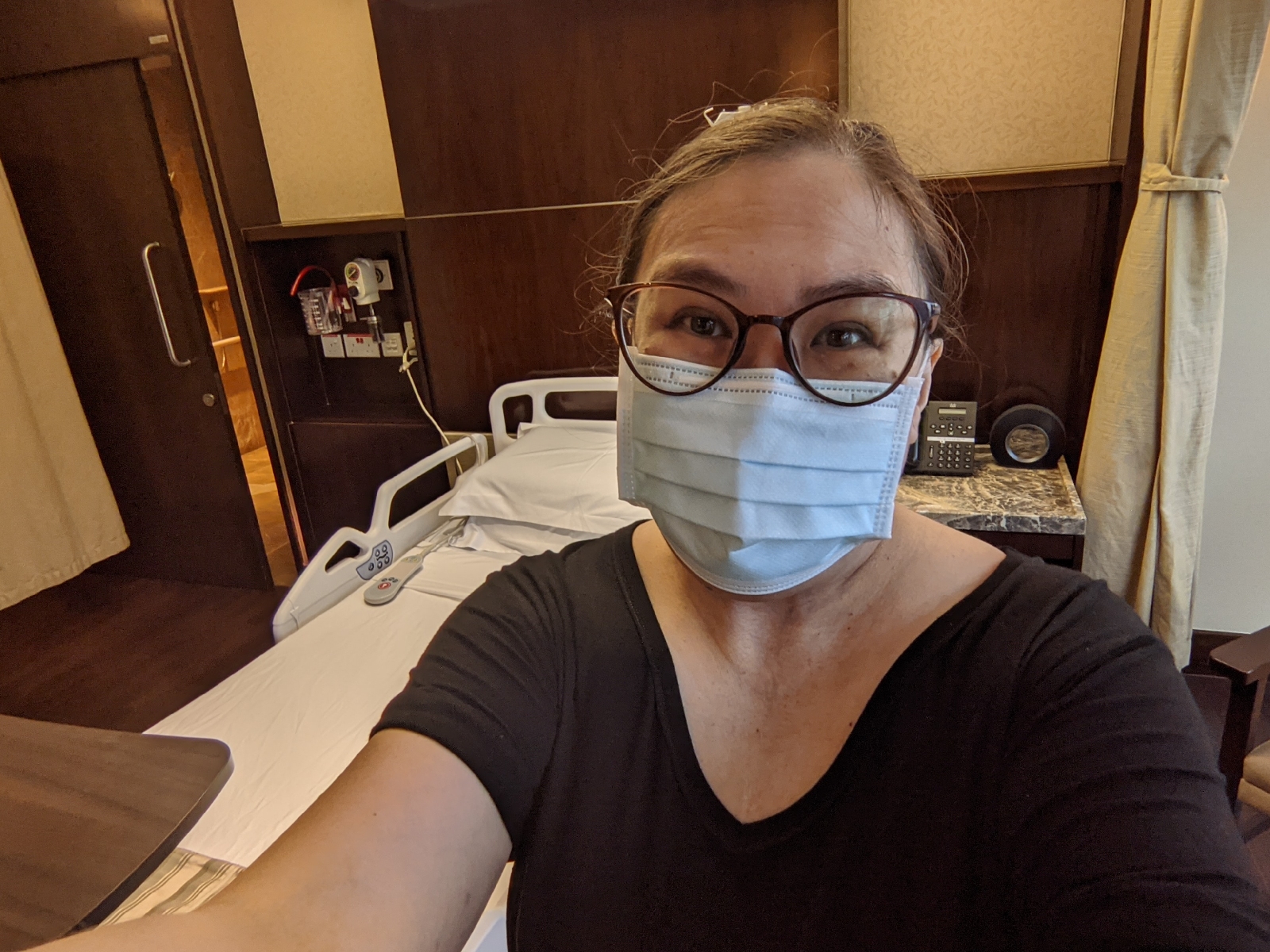 Well, I got a huge surprise today when reception told me I was going to get swabbed. I even tried to rope in Sweetie to get swabbed too. Haha. Since he's just my companion they said he wasn't required.
The nurse came to my room in full PPE and explained to me that it would be really uncomfortable. She reassured me it will be over quickly. She proceeded with swabbing me when I said I was ready. It was uncomfortable, but not so bad. I guess having experienced nasal endoscopy prepares you for the discomfort. Luckily I did not have a sneezefest after the swab lol.
Pray for me. I'm doing a procedure today to hopefully solve a 3-year mystery.
CB///*Yr2/72 #StuckAtHomeDay/Yr2/99 #StayHome #BeKind
Ipinaskil ni Aileen Apolo-de Jesus sa 6/21/2021 08:15:00 AM No comments: 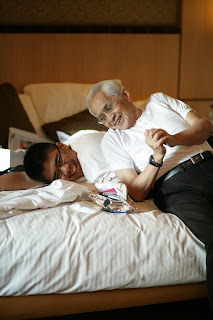 I was a single mom for a long time, but I never had to bear it alone. My Dad was always there for me and Miggy and then Sweetie took over. We also had a lot of fatherly love from my uncles. I'm just super grateful that we had all the love we need through our lifetime.

Happy father's day Daddy and Titos in heaven, Dad (FIL), Sweetie and Kuya. Love you all :)

Gadgets I Can't Live Without at Home

I'm very fussy when it comes to purchasing gadgets. I usually take so long to finally decide on buying one. I grew up without them and like to keep my home simple. Would you believe I had to be far away when Sweetie made the executive decision to retire my legendary LG TV (c1997). It had gone under water during Typhoon Ondoy, but after drying it under the sun it still worked. I hand on to things until they die on me.

It was a good thing Sweetie retired my TV. Technology has changed a lot in the last two decades, especially for things we use at home. Here's a few things I can't live without now: 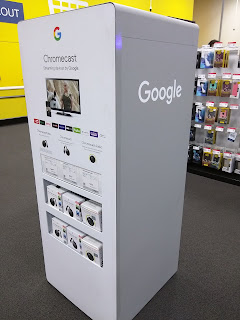 Google Chromecast - I got to try this amazing gadget because of work. The first version was just for audio and I enjoyed it. Eventually the one for video came out and that was even better. We don't have a cable subscription here in SG and we stream what we watch from Netflix, YouTube and HBO via Google Chromecast. All our TVs have Chromecast connected to it.

Google Nest (previous called Google Home) - I mainly use this as audio for Spotify. I listen to music and podcasts on it. I haven't bought a speaker for many years now. We also use this to play YouTube on TV, ask questions, set an alarm and play games. Sweetie has played around at using it to make our home smart, i.e. connecting the fan and air filter.

A tablet - I haven't used a tablet for many years. Sweetie got one last December and I got envious, so I got one for myself too. I use it mainly as a remote control for YouTube/Netflix/HBO, shopping and looking at Pinterest. I don't have any social media apps installed on it. It's my designated "me time" gadget and I watch a lot of reflections on it while eating breakfast.

Fitbit Watch - the watch and app to get me moving all day. I was forced to get one because my favorite version 2 MiBand finally gave up on me. I didn't like the newer ones and thought it'll be more useful to get  a gadget that could measure more health metrics. I've used the data with my doctor and PT in the last few months. Great to see improvement through this gadget.

Miggy's Old Chromebook - my personal laptop died over a year ago and I never needed to buy a new one. I can live on hand-me-downs haha. I'm still using Miggy's old Toshiba Chromebook 2. I use it mainly to blog and edit vlogs. It's set to end auto-updating this month (OMG!). It will still work, but I guess it means I have some justification to buy a new one haha.

One thing I learned in the last few months is to spend more time offline. Being too wired isn't good for your soul. I like looking out of the window to watch the clouds and check out the trees in the park. Would I live in a gadget free home? I don't think I'll survive, but I can manage a few hours without electricity if it happens haha. 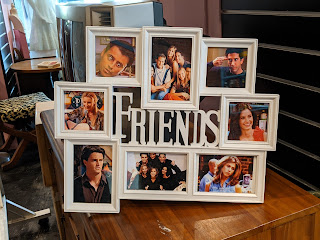 We finally got to watch "Friends Reunion" the other day. We didn't have an HBO subscription so had to figure out how it works. Just signed up for a month because I want to try out Disney+ too. Anyway, so we finally watched the "Friends Reunion". Ahhh the nostalgia was really strong. It brought back nights when I'd watch it for laughs.

I watched the series on and off via TV. I was in my 20s then and it was the time I used to watch movies I'd rent from Video City. I eventually got to watch the whole series when my best friend gave me a DVD set. If I remember correctly it helped me get through a breakup. Friends was really good company and they made me laugh. 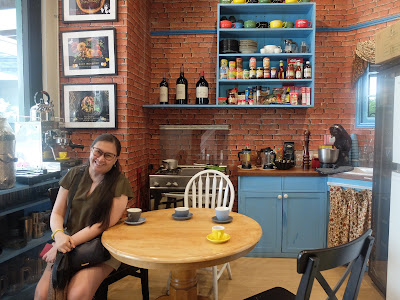 As the creator said, the show was created for that time in our lives when friends become our family. That's probably why I loved watching the show. It was a reflection of who I was at that time. Me and my childhood friends had grown up at that time. We had all graduated from college and had jobs. We'd come together every weekend to hang out much like what Ross, Rachel, Monica, Chandler, Phoebe and Joey would do. 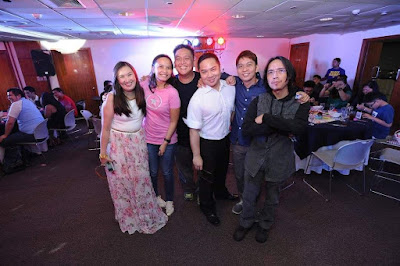 And much like how Friends ended, we all had to part ways eventually. We all used to live in the same village. Now we live in different parts of the world. I expect, much like the cast of Friends, it's going to take a long time before we all get together again. Hmmm... maybe on my 50th?

How I Deal with Bad Days 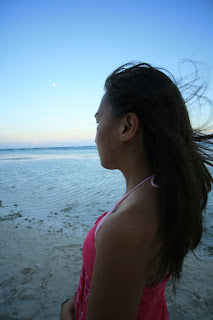 Woke up with a piercing pain on my chest. I get this every so often so nothing to be alarmed about. Got up as usual and prepared my breakfast. I felt nauseous while in the kitchen. I just tell myself that I have days like this as part of my healing process. I should be okay tomorrow (have to be since I have to see my doctor).

I used to get so stumped whenever I had bad days. Now I see it as a reminder for me to rest more. I still feel a bit woozy now, but it's starting to go away so thought I'd get some writing done. When I feel really dizzy I lie down. I usually doze off, but today I watched a film.

How come it's so hard to choose a film to watch on Netflix? There's so many choices I can't make up my mind. I ended up choosing a Robin Williams movie, License to Wed. It's a 2010 romance comedy he did with Mandy Moore and John Krasinski. It was fun to watch, but I couldn't help but think about Robin Williams. He was a great actor, one of my favorites. He must have sacrificed himself a lot to make us happy and entertained.

And that's why I think it's really important to respect bad days. Don't fight it. Just go with the flow. My symptoms now aren't as bad as it was a month ago. My spirit, mind and body are now working together to heal me. A huge part of being able to deal with illness has been all the prayers everyone has been doing for me. I am grateful and thankful to all my family and friends who continue to pray for me.

Take a break friends, you need it.