Home on Mondays: Is Shipping Your Home Items to Your Home Country Worth It?

We did the big move back home in November last year. We choose between sending our items via LBC or by shipping it. It was 10 years worth of accumulated stuff, so we decided to get help from a shipping company.

We made a detailed list of the items we were set to bring home. We eventually decided to ship our things because of our toy and fabric collection and appliances (TV, piano, several air purifiers and kitchen appliances). We thought it might be too risky to ship those items via balikbayan box. Our cleaner also told us that the TV she sent back home was damaged.

Requested for a quotation from several reputable companies. They came to our home to inspect the items we were going to ship to assess how much it would cost. We eventually chose the one that was associated with the company that brought my items when I moved to Singapore. We asked a gazillion questions and we were reassured that our items will arrive safely. 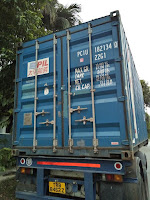 Our things were packed a week before our flight. At the end of the second day all our items were put inside a container van. It was locked and immediately loaded on the ship. The shipment arrived three weeks later and delivered to our new home on the first day of December.

We finished opening all the boxes last summer. We had a spreadsheet of everything that was packed and how many boxes were packed. It was almost double of what we estimated if we sent everything via balikbayan box. The cost would probably have been the same.

The advantage of shipping your items back through a shipping company is they have people who would help pack your items. The items are insured and they make sure everything will arrive in one piece. So far, only one item has been missing, my old MSI laptop. The drawback though were unforeseen additional expenses.

We were charged additional fees for the volume. We were surprised about it because when we unboxed most of the boxes were not full. What was more painful was getting charged the customs fee six months after the items were delivered. The fee was 250% higher than what they quoted. The amount really affected our budget since we were originally told that there were no charges anymore. 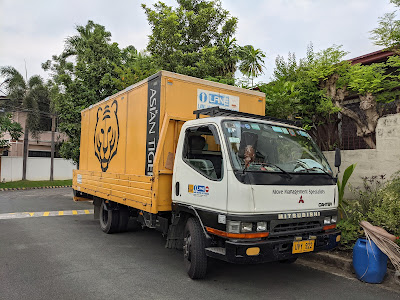 So, was it worth it? I think it was since it was not possible for us to pack the items ourselves. All our appliances and collections arrived in one piece (old MSI laptop still MIA). We could have probably saved money if we split up our items. Sent the appliances and other risky items via a smaller container van. Then send less valuable items via balikbayan box. We could have also de-cluttered months ahead of our scheduled departure, but that would have been dependent on being well enough to do it.

We were initially happy about getting all our items in one piece, but that was quickly erased when we were given an unexpected large customs bill. The receipt showed that it was billed in November 2021. We were only told about it in April 2022. They also gave empty promises about a discount and allowing us to pay in installments. So the happy service turned sour and left us disappointed.

We just decided to pay it in full since we just want them out of our lives. Shipping your items back home? Do think twice about it.