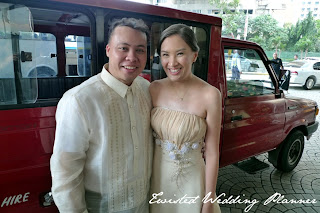 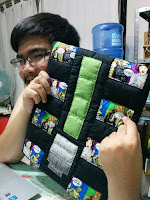 Cranky and Averting a Crisis 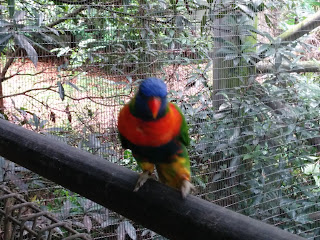 I'm feeling really cranky today, so thought I'd vent on my blog to ease off some of the negative energy from my system.

I'm cranky because I didn't get a good night's sleep (which is apparently a requisite to my good mood and perkiness). Last night the haze in Singapore hit 99 PSI. Hitting 50 PSI is already a bad indicator for me since I have a heart condition. By 9pm last night I felt like being choked. I used the nasal spray my EENT gave me, but that only helped a little. I tried to calm myself down by quilting since one of my friends advised me that I should let my body adjust. It helped a little and I eventually fell asleep around midnight.

Part of the reason I'm cranky is stress. The last two weeks have been extremely stressful since I had to work on a crisis situation. I do enjoy figuring out how to get out of a crisis, but part of it includes getting stressed.

So how does one get out of a crisis?

1. Audit the situation - a crisis usually happens when someone messes up. It may be work-related or something in your personal life, but usually it's because someone did not fulfill their responsibility (on or off-work). Before diving in to solve a problem it would be best to assess the situation. Check who are involved, the status and know what needs to be done.

2. Listen and ask Questions - one of the beautiful things I learned from the coaching course I took was the importance of listening and asking questions. Before making any pronouncements listen to what people have to say and ask questions. Ask more what, how, why questions and you'd be surprised with the answers you'll get. (We were forbidden to ask yes/no questions at coaching class).

3. Ask More Questions - I learned that it's better to ask than to make assumptions.

4. Check Resources - as you listen and as you ask questions you will get a lot of information. Assess the data and counter-check available resources you may have. It's very important to get all sides so you can make the proper recommendation.

5. Make a Recommendation - with the appropriate data, counter-checking resources and matching these to objectives (and maybe adding more goals) you can then make a proper recommendation to make things work out.

[Hmmm... I think the above recommendation works for love as well].

Acceptance can mean a lot of things. It can mean it's suitable, adequate, tolerance, and perhaps to some it may mean defeat. I started thinking about this word when I read about a friend experiencing some health problems and he's been having a hard time about it.

Back in 2008 I contracted pneumonia which resulted in heart failure. I was constantly coughing for about a year because the water in my lungs just wouldn't go away. When it did my immune system had deteriorated a lot and all my allergies were activated. I couldn't eat chicken, chocolate, couldn't drink Coke and cockroaches (even their smell) made me feel like I was dying. There's no cure for heart failure but there are ways to help ones allergies. So I saw an allergologist, Dr. Canlas of Makati Med. Being the best allergologist in town the line was long and I waited for about 3 hours before I could see him. I thought I was going to pass out while waiting for him, good thing Sweetie was there for me and told me I would get better after I see the doctor.

So after getting pricked 40 times to test for allergies the doctor rattled off the stuff that would trigger my allergies. He said though that the first step to getting better was accepting the fact that I have allergies and that I would need to adjust how I live. I was feeling sorry for myself then because I was so weak, I could barely eat and I couldn't do anything anymore. I thought then that I was probably dying a very slow death.

That was the first and the last time I saw Dr. Canlas, but the advise he gave me on that day made a huge impact on how I live today. Acceptance doesn't mean defeat. It means that you can face challenges in a mature manner. It means being flexible and adjusting to what you have. I know I have a lot of limitations because of my heart, but it doesn't mean I cannot do anything anymore. It also means I just really need to be smart about the choices I make so I can still do what I want and like doing.

The Top 10 Things I Learned in the Last 3 Decades 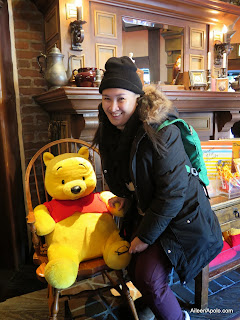 A few weeks from now I will be leveling up to the next decade of my life. One of my Kuya's told me when I sent my birthday invite was, "How time flies!" Indeed time flies so fast since I met him when I still an undergraduate student.

A few years from now I'll probably be having a mid-life crisis, or I may have gone through it early this year. I remember going through quarter life crisis quite early as well. A few years back I read a question in a magazine, it said, "If you were to relive your life, would you rather go back to your 20s or 30s?" My 20s was quite turbulent and things just stabilized in my 30s, so I'd much rather relive my 30s than my 20s.

Here are ten things I learned along the way:

2. Unload those baggage of expectations - if you do things with loads of expectations, more often than not there would be things that would not meet your satisfaction and you'll just be frustrated. See #1.

3. Save - and live within your means. Rainy days are sure to come.

4. Be realistic - you will never get everything you want. Manage your expectations and plan ahead (remember the 5Ps of preparation!).

5. Be flexible - I had to adjust to a lot of situations, primarily my health. There's a lot I want to do, but I can't anymore because of my condition. I've found ways to channel my energy to something I can do.

6. Listen - a lot of misunderstandings happen because you don't listen.