Healing and the End of the Age of Indulgence

After hearing the first few bars of Freddie Aguilar's "Anak" when I boarded the taxi early this morning I knew that it was going to be a really good and happy day. I told the uncle taxi driver that I was surprised he was listening to a classic Filipino song. He said that it's good to start the day with good songs. He went on and on and at some point of our conversation I found out he was Catholic. Another surprise.

I asked him how and why he converted to the Catholic faith and he said that he was a bad husband. His wife left him because he (pointing to his mouth) was abusive. His wife moved in with her sister in law who was Catholic. She advised her to pray the novena and uncle mentioned that when he was alone he just had the urge to go to the church near his home. He went there and sat at the last pew, not really knowing all the practices we do in church. He realized that he had to go back to his wife. He did and told her that he wanted to become a good husband. They continued to hear mass and then eventually they converted.

Uncle went on to tell me that he had already visited the Vatican. He said he prayed for it and he managed to sell enough cars to buy a ticket to visit the Vatican. He's also visited quite a number of other places and he said that God gives you what you wish for when you pray for it. He's also had a heart attack and several surgeries but he's pulled through because of his faith.

Ask and you shall receive. Pray. That's what I did when I was in so much pain after my surgery. I honestly thought I wasn't going to make it because the pain made me want to give up. But I knew I had to be strong for my boys, Miguel and Jay, because I promised them that I would get well. It's been a struggle the last few months, but I'm happy to say the saga has reached its happy ending.

I had my sixth month check-up last week and both my doctors (cardio and surgeon) have declared that I have fully recovered from mitral valve surgery. I still feel a bit odd at times, a bit unbalanced, but surviving a huge event, climbing Borobudur and being able to do a lot of other stuff now (there are times when I feel I have so much energy!), tells me I'm good to go. Ready to rampa! Ready to take on my mission again.

And today I just felt so inspired from the uncle taxi driver's story. He wasn't born into the faith that he embraced when he was older, but in less than 30 minutes he managed to inspire me and bring me back on the right track. I also feel that God got him to drive me today because I've been missing my Dad the last few days. I've been wanting to hear from him and get guidance on my next steps because he always did that for me. He was my guiding light.

The age of indulgence is over. Time to diet. Eat more healthy and stop shopping! 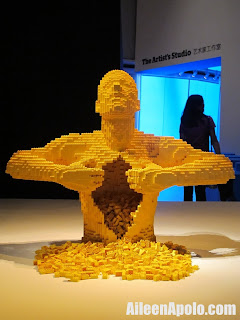 I love playing with babies so it's really been a pain not to be able to carry one in the last six months because of the surgery. Being able to carry a baby again was one of my motivations to exercise and work on my stamina because one of my physiotherapists told me that if I didn't work hard I wouldn't be able to carry my baby ever. I don't know if I'd have another baby again, but I certainly like cuddling babies so I've been pushing myself the last few months.

It's been six months since I had mitral valve surgery (heart surgery) and I can now say I'm feeling about 90% normal again. There's still some aches and pains here and there every so often and I still tire easily, but at least I'm very much functional again. Some accomplishments in the last 2 months are worth mentioning:

Traveling is part and parcel of my job so I had to work on going up and down a flight of stairs. I also had to be able to carry at least 7 kilograms up a flight of stairs (inevitable especially when you travel to provinces). Ahh, but I impressed some travelers when I managed to get off my 20+kg. luggage off the conveyor belt without having to carry it (how I did it is a secret, Yoda powers!). And the most important thing I had to work on was gaining back my confidence of being able to travel alone. 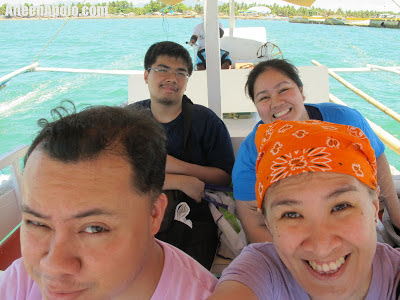 And because I have regained that confidence I actually surprised my boys by going home to Manila the day after their birthday. All along they thought I had flown to Jakarta to avoid the haze but I felt really sad to have missed both their birthdays so I just booked a flight and went straight home to Manila (my doctor told me not to go back to Singapore until the haze is gone). And a happy day it was!

We all take for granted our ability to carry stuff. After surgery I could barely raise a glass of water and I had to use a mug with a straw to drink. Eventually when I could finally raise a glass of water I worked on being able to carry my Nexus 7, then my laptop etc. I love doing the laundry so I always had to ask one of my boys to help me carry the basket to the laundry room. It was also pure joy when I could sweep and mop the floor without wincing in pain.

I couldn't help but grin when Joy (my one-year old playmate) finally asked me to carry her today. I was apprehensive at first because I was scared I might drop her, but I couldn't say no so I bent down and lifted her. I was so happy I insisted she come with me when the driver brought me home. She was barely crawling when I left for Singapore for my surgery and now she's already running around!

I wasn't sure if I was really ready to run a huge event. A few weeks back we brought over 200 of our communities across the region to Yogyakarta. I just put in my mind that I could do it and made sure I managed my energy well. There were times though I thought I'd break but I just prayed I'd survive. All was well and everyone who attended was happy. 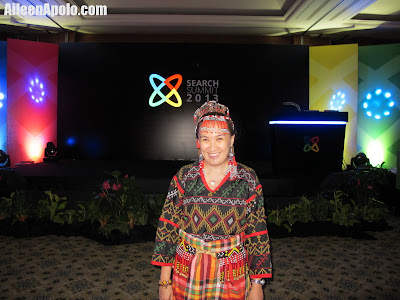 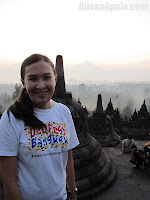 I love traveling and exploring places. In my last post I mentioned that achieved climbing Borubodur. Originally I did not really plan to do the trek up since the 3 flights just getting to the grounds of the temple was already too much for me. The temple though was so beautiful I just had to see the sunrise from the top. I was really happy when I reached the top (not sure though if my doctors would be! Haha).

My long-time mild allergies were activated when I had pneumonia and I have sadly not been eating chicken since 2008. My doctor mentioned the possibility of my immune system improving after surgery. Things were bad in the first few months, but I've been feeling great lately and thought I should try eating chicken and lo and behold I can now eat about 2.5 Don Hen buffalo wings without having an asthma attack (I only sneezed!). So happy! (Little secret: I had McChicken sandwich twice this week alone!).

It seems though that with 100% blood flow it's easier for me to gain weight despite moving around more (argggh fast metabolism where did you go?). I'm at least 5 kilograms over the limit my doctor gave me so I'm sure I'm going to get a scolding next week.

Life is good. Life is joyful. I thank God everyday that I survived what could've had a disastrous ending. I understand I still have a mission to accomplish and whatever it is I just leave it to God to navigate me where I should be.

Life is just really awesome when your 20% project makes a huge impact. Everything though is because of the thousands of volunteer mappers across the country who believed that they could help and contribute in their own little way.

Thank you my dear mapper-friends!

(And thanks ANC Alerts and TJ Manotoc for this feature). 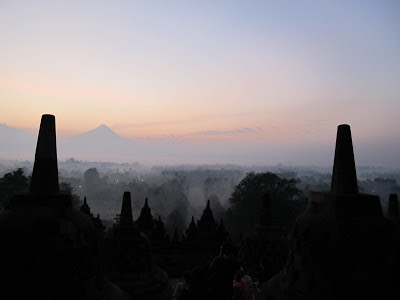 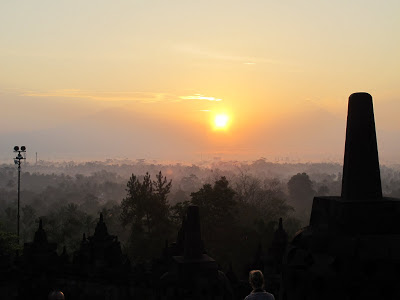 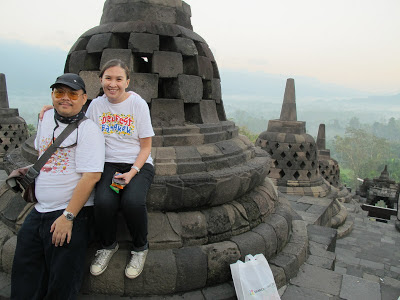 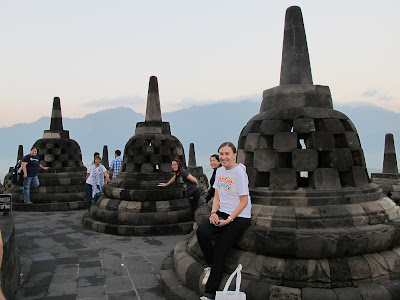 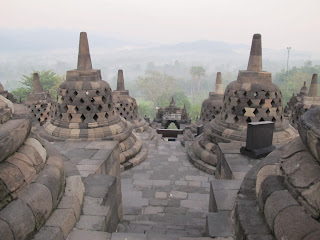 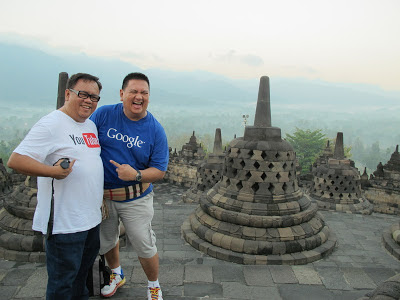 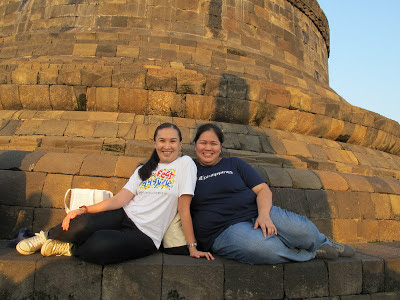 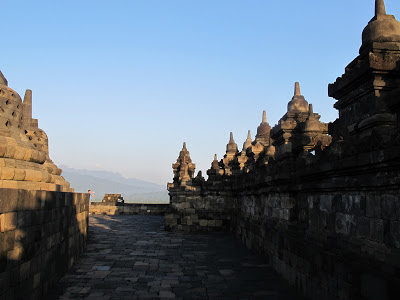 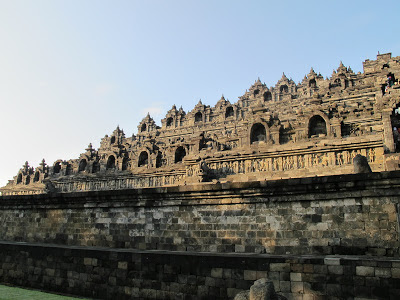 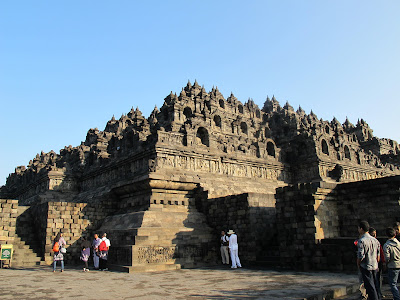