Early this morning while visiting my plants on the balcony a giant ant appeared! It just sauntered out from under one of the tomato plant pots and explored the area. I'm not sure how it got to our balcony which is more than 200 feet from the ground. I asked my friends what it was and one said it was a Japanese carpenter ant and another said it was just an ordinary giant ant. 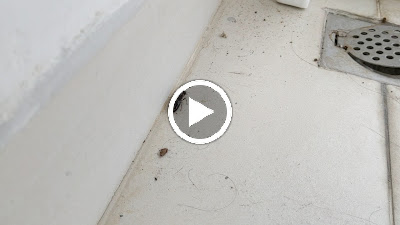 I've been watching AntsCanada on YouTube and the first thought that came to mind was it's probably someone's pet! Haha. I can't imagine how an ant can climb over twenty floors. We haven't gone out for a long time too so the only way it could've reached our balcony is go up the side of the building from the ground or it may have escaped it's pet cage. I was planning to catch it and ask around if anyone lost their ant! It was gone by afternoon though. Bye-bye Mr. Ant. 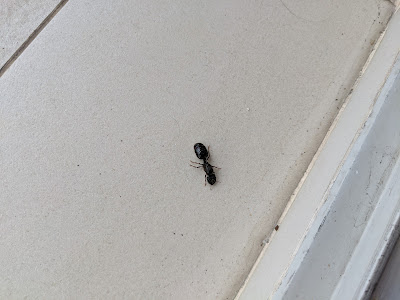 Sweetie surprised me and ordered lunch from a lechon place from Novena. Oh my it was so makasalanan! He also ordered some lumpia since I was craving for it the other day. I was looking forward to eating lunch I shared with my colleagues that I was going to eat lechon. I was surprised when they all knew what lechon was and shared my excitement haha. 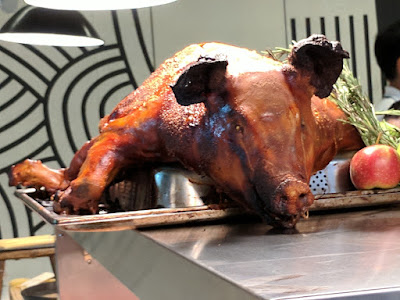 I have happy lechon memories. That time when I was a child and my Dad with my neighbor Titos tried to roast a huge pig by the seashore. They didn't expect that it would take 12 hours to roast the whole pig! They started in the morning and we got to eat the lechon late at night already. Then there was the time right after the GSA summit in 2013 when we celebrated the end of the event by eating at that famous Cebu lechon place across SM Cebu. And then that time when everyone went hungry in my Dad's law office because I declared that the tiny roasted pig was kawawa. They had to hide in another office so they could cut up the lechon de leche. 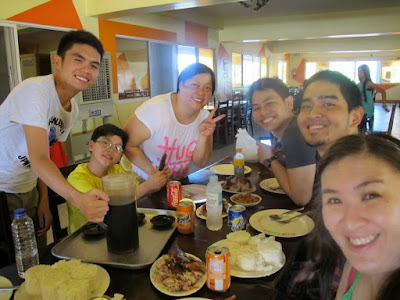 Tomorrow Singapore is starting phase 2 of the reopening. I've been home now for 103 days. I've only gone out for really essential stuff like doctor appointments, the move and the home turnover. Physiotherapy re-started two weeks ago and I do that once a week now. We decided to stay put for now and see how things go after two weeks. Still need to take a lot of precautions to be sure.