Today the government announced that they were raising the outbreak alert level to orange (news). It's scary, but I've remained calm since last week.

I realized last night that I could look at the illnesses I've been through as proof that I am actually strong. Ten years prior to my heart surgery I had two illnesses that had 10% fatality rate. Five years after surgery I had PE which has a mortality rate of 30%. Crazy right? At that time I was sick it never occurred to me that I could die from it. I always had it in my head that I would survive. I had the same thought when I had heart surgery. 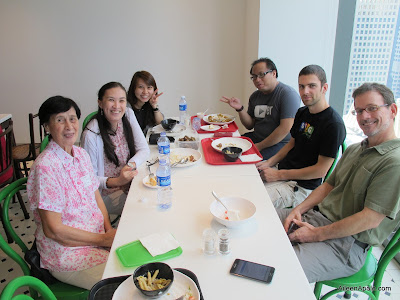 Eleven days after getting discharged from the hospital after my second open heart surgery, I had lunch with my teammates who flew in from Zurich to check on me. I walked really, really show but the love they showed me reassured me that the were just all there for me.

That's what makes the difference my doctor said. Your willpower can pull you through. One of my high school classmates who's a doctor recommended me to read about Dr. Joe Dispenza. He's a neuroscientist who had an accident. He couldn't walk after the accident and explored the thought of healing himself through his mind. 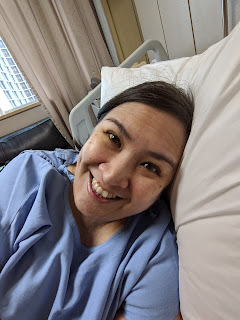 Your mind is really powerful. I've been faced with my mortality a few times now, but I never thought I'd be defeated by those illnesses. I think for me what pulled me through was three things: (1) my mind, (2) love, and (3) faith. Don't get me wrong, I still follow everything my doctor tells me to do. The three things are what pulls me through.

Getting sick can be a huge pain and it causes depression. I've had my dark days too. When I took a break one of my doctors told me that he knew I was not going to the deep end. He told me that I knew how to sort things out to make things right. It took me a few weeks of rest, doing things I love and re-discovering myself, but I got myself out of the rut.

A strong mind. A loving heart. Deep faith. Just always think positively and you can get through anything in life.
Ipinaskil ni Aileen Apolo-de Jesus sa 2/08/2020 09:30:00 AM

Email ThisBlogThis!Share to TwitterShare to FacebookShare to Pinterest
Mga etiketa: getting over depression, healing, self healing