I like going to the supermarket especially when I travel. If there's none nearby, a 7-Eleven will do. I like discovering what things they have in other countries that I've never seen before.

Here's one I saw today at Cold Storage in Singapore - Exotic Mango flavored Coca-Cola. Did I try it? Nope. I was too weirded out and I'm sure my tummy will protest. I like my mangoes in it's original form and preferably from the Philippines. 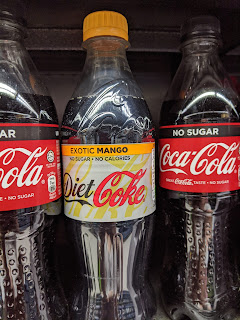 Coca-cola Peach and Coca Cola Lemon and Vitamin. Has anyone tried this? 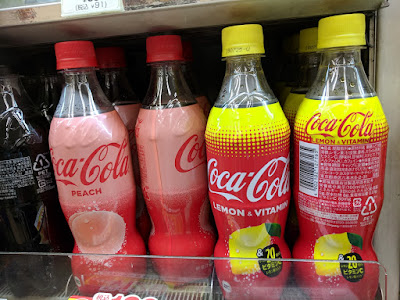 Coca-Cola Frozen. I found this in 7-Eleven together with the ice cream. It was interesting but I didn't try it since I avoid drinking soda. I did try the clear Coca-Cola. It had a strange aftertaste and I never tried it again. 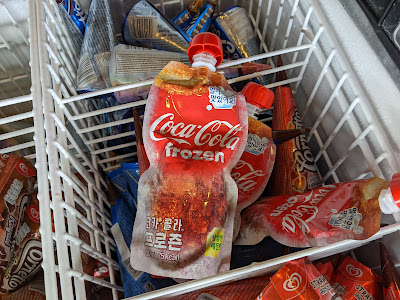 Before I went back to Singapore Miggy and I went to SM Supermart in Aura. We lined up to buy turon to bring home for our merienda. Alas! We discovered tikoy turon. We ended up getting it instead of the regular turon. Ate it when we got home and loved it. (Which reminds me I should cook the tikoy I got from Manila too). 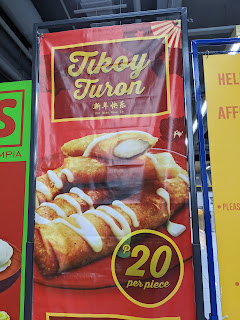 Milk tea cake from Starbucks in Singapore. Of course I had to try it. Let's just say I prefer milk tea in it's beverage form and will stick to my favorite Starbucks classic chocolate cake. 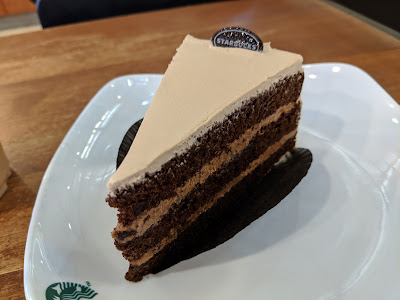 Lipton strawberry & cream milk tea. My only reaction - why? 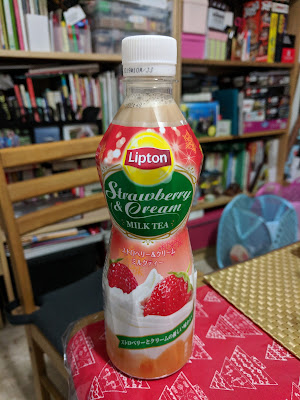 Litson Kawali chips. Sweetie bought this for me in Marikina and we were quite excited to try it. My friends who are on keto diet love it. Unfortunately I found it a tad bit too oily. 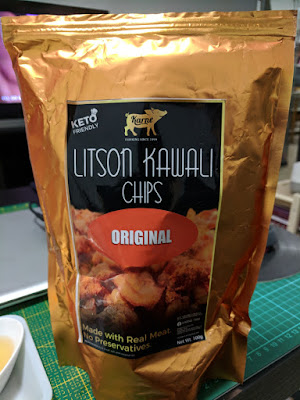 Horseradish spread. It was my boss who introduced this to me when we were in Rome. I liked it and realize now I should have bought some while I was there. 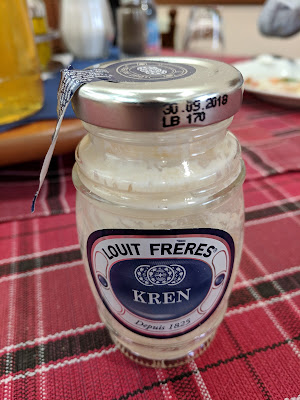 What interesting food and beverage encounters have you had?