Sweetie and I spent two nights in Seoul. As usual we just squeezed in the trip in between my work trip and his work holiday. One of the things we managed to do was visit Gyeongbokgung Palace. 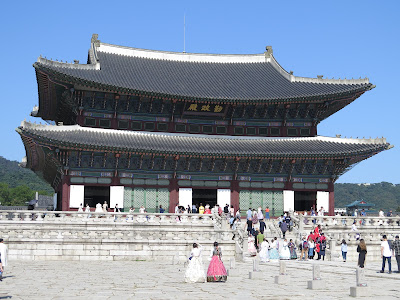 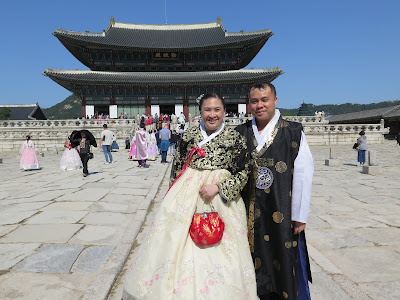 We were delighted to find out that entrance is free for those who come in wearing a hanbok. I told Sweetie that we needed to experience going around the palace in local garb. 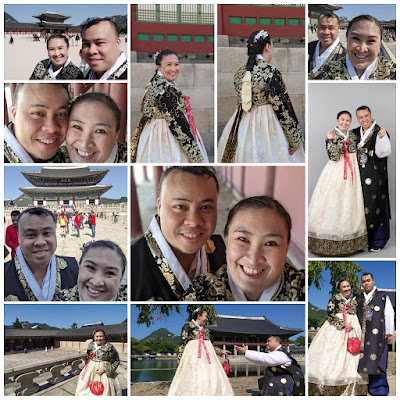 A funny thing happened at the palace. A guy approached Sweetie and asked to have a photo. We thought he wanted to have a photo with both with us, but he only wanted a photo with Sweetie! The strange thing is he didn't even acknowledged me and I felt like a ghost. We still have no idea who the guy is. He spoke very little English and we only found out that he's from Vietnam. 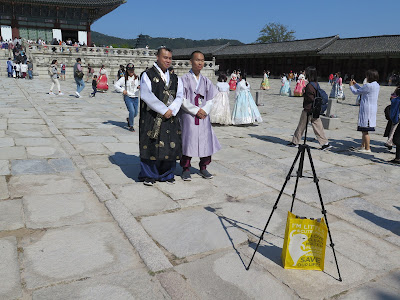 It was a beautiful day to go around the Gyeongbokgung Palace. The place is huge! We only managed to go to Gyeonghoeru, one of the two areas that had a pond. We walked around for about an hour and a half and spent the last 30 minutes having our photo taken at a studio (they weirdly adjusted our height for the photo haha). 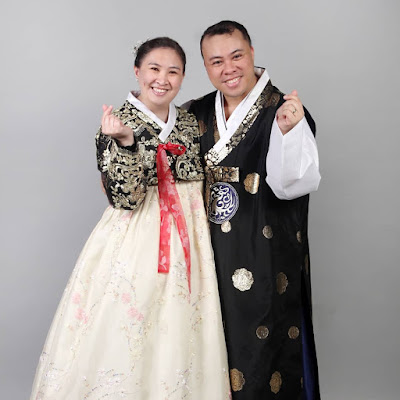 We were famished and ended up eating really tasty bulgogi near the hanbok rental place. After that we had coffee and dessert at a local coffee shop. One thing I learned about visiting South Korea is Google Maps doesn't really work that well there. I had to install some local apps to make it easier for us go get around - Kakao Maps, Kakao Talk and Kakao Taxi.

We got stuck in the area of the palace due to a rally. It took us 45 minutes to get a ride to our next location...

Email ThisBlogThis!Share to TwitterShare to FacebookShare to Pinterest
Mga etiketa: getting around seoul, gyeongbokgung palace, seoul places to visit