Lakwatsera Fridays: That Time I Went to Dhaka

Visited Dhaka, Bangladesh almost 10 years ago. It was a very short trip where I attended a mapup and a devfest. It was a rare experience to visit South Asia. The funny thing is they though I was a local. They said I looked like a Bengali from northen Bangladesh. They said people there were fair-skinned like me. I truly have a generic Asian face.

It was an epic trip! A happy memory was experiencing the hospitality of my scout-bro, Monirul. He welcomed us to his home and where we were able to sample local cuisine. He asked his chef to prepare non-spicy chicken for me. He said all their food is spicy, but he knew I don't eat spicy food so he had something specially prepared for me. I can confirm everything is spicy, even the non-spicy chicken, haha. It was a heart-warming experience though since I got to meet Monirul's friends too.

The mapUp was meant to map Banani Road, one of the main streets in the city. It gave me an opportunity to see what were popular businesses. I managed to visit a grocery also and what they sell is very different from our groceries. They had many different types of spices and tea I don't normally see. I got some tea for Sweetie and he said it was definitely different from other countries. 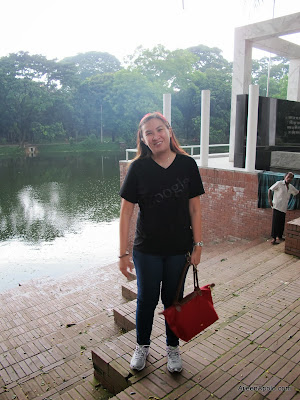 The only landmark I was able to visit one of their famous lakes. I don't recall the name of the lake now, but I remember it's a beautiful spot in the city. It was so serene and you won't feel that it's in the middle of a concrete jungle. Too bad we didn't get to stay long since it was just a quick stopover.

What struck me about the people is their passion. Those who mapped were all volunteers and the developers were all excited to make something that would help their country. Some of them I met in one of the events I did in Indonesia before I visited Dhaka. 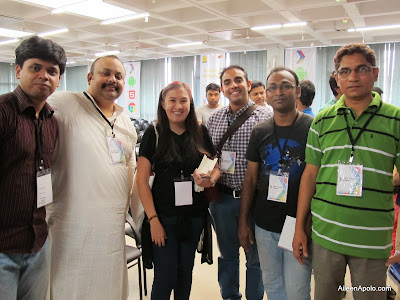 Hadi and I had a very memorable "exit". I got food poisoning and he almost got detained. Everyone truly thinks his country is full of gold and that's probably why they tried to withhold his passport. We sent an SOS to Monirul and we managed to go home. Hadi was so scared I won't make it through the flight. I did and went straight to the clinic at the airport. They said the medication given to me were not meant for food poisoning (lol). It was nonetheless a memorable trip and Monirul will forever be one of my favorite people (he gives amazing hugs!) :)

*Chronicling my old adventures since I know someday it would be harder to remember. :)