Home on Mondays: Why We Bought a Renovated House

After living in 7 different homes in the past 12 years, we thought it was time to move to a permanent home. Our lifestyle also drastically changed from "always out" to "always home". We realized early on that we wanted to own our home. We took the plunge in 2012 when we invested in a condo unit. 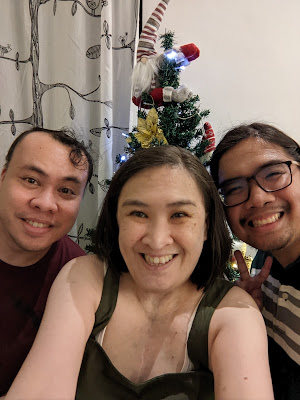 When it became apparent that I needed to retire and go back home, we realized it would be safer for me if we lived in a house. Our condo property management office was really good at monitoring and helping those who got sick. I'm immuno-compromised, so we have to take more precaution.

In 2020, we saw a house that had a similar lay-out as my childhood house. I liked it a lot, but it was beyond our price range. We dropped the idea and just continued to view house tour videos. A year later I came across the house again. I researched more about it and found out the agent is a good friend. After a gazillion meetings, the house became ours after a few months.

We moved in a few weeks after we got home. We're taking our time to fix it, but I think we really made the right decision to move. We were able to stay apart when the boys got sick (twice). After almost a year, we've just started having some proper cabinets installed. Hopefully we'll be done by Christmas. :)