I did not expect to be admitted at the hospital yesterday, much less end up in the ICU. I mentioned a few weeks ago that things are just complicated for me. I'm an oddball and my body is just different from everyone else. My doctors are still figuring out what's making me giddy*. 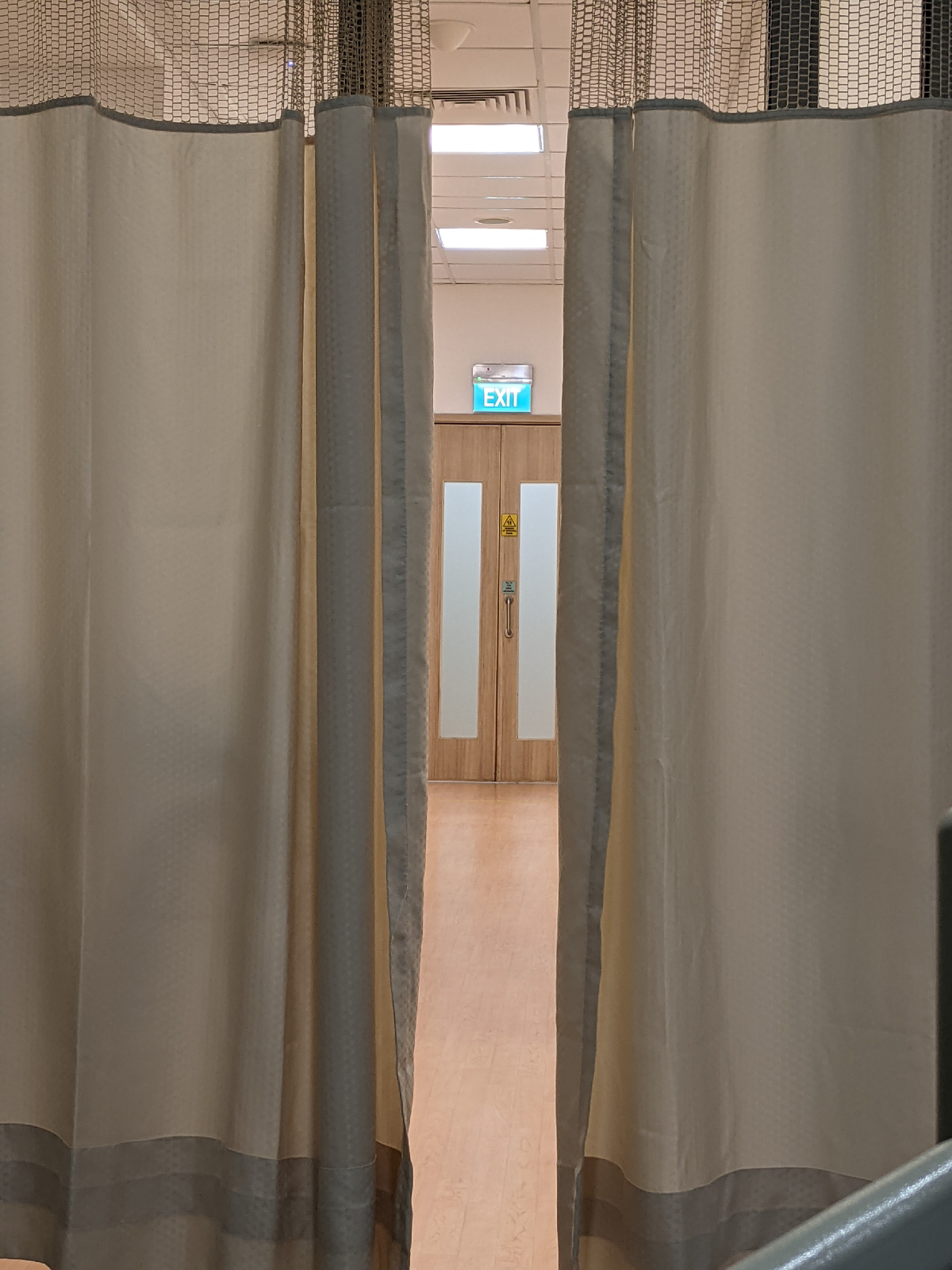 Ending up in the hospital felt much like being thrown in the set of Grey's Anatomy. The doctor and nurses in the A&E rushed about to figure out what was wrong since I have a history of pulmonary embolism**. In no time I was being scanned and tagged as fragile and put in the ICU.
I had to be scanned again which is a rare occurrence according to my doctor. The radiologist saw something that no other radiologist has seen. This means further investigation is needed to determine what's making me giddy. 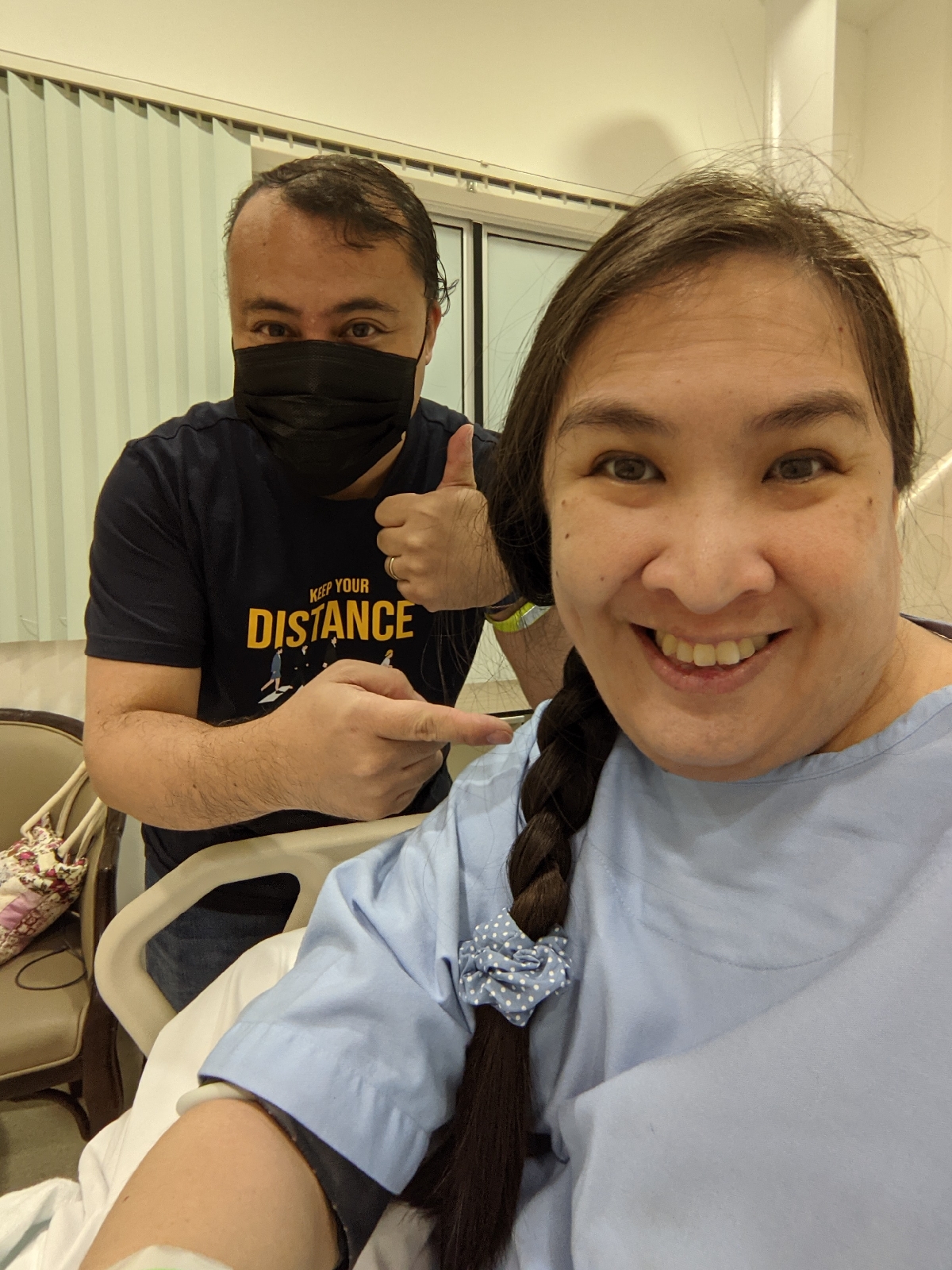 I had Sweetie braid my hair so I could at least look tidy.
The last time I was at the ICU was 7 years ago after heart surgery and I barely remember it. This time I remember my stay. My bed had a good view of the Exit. One thing I could say is the vibe is very different from the ER. It was calm, but noisy with so many machines beeping, nurses rushing about and doctors hopping from one room to another.
The Exit door was my TV. I watched people come and go. Doctors coming in, patient visitors, patients being wheeled in, trays of food being delivered. Watching the door made me wonder about the different uniforms of the staff. I now know that dark blue scrubs are for surgeons. Radiology folks wear maroon, nurses from the ER have nice flowery uniforms while ICU nurses wear a beige uniform. I guess their uniforms are important so you know what their skills are.
Just before I was moved to a regular room I saw a lolo doing physiotherapy. When he passed by my room he was hunched over a medical walker and his PT was giving instructions on which leg to move. I was amazed at the effort he was giving to move his leg. You know a fighter when you see one. And that was a good reminder for me to just hang in there.
Grateful for my doctors, nurses, all the health workers taking care of me. Thanks to everyone messaging. I'm limiting time online for now and will get back to you as soon as I can.
*This makes you useless to do anything. I had to take breaks in between paragraphs to finish this post.
**Pulmonary embolism has a high mortality rate so a history of it sends people in a frenzy.
CB//251 #StuckAtHomeDay/281 #StayHome #BeKind
Ipinaskil ni Aileen Apolo-de Jesus sa 12/15/2020 05:04:00 PM