I'm still in the hospital. I'm feeling better now, but still a bit groggy. Walking around the room makes my head hurt so my doctor said I shouldn't rush going home. They are taking care of me really well and I think it's the best time to really understand what's going on in my body. 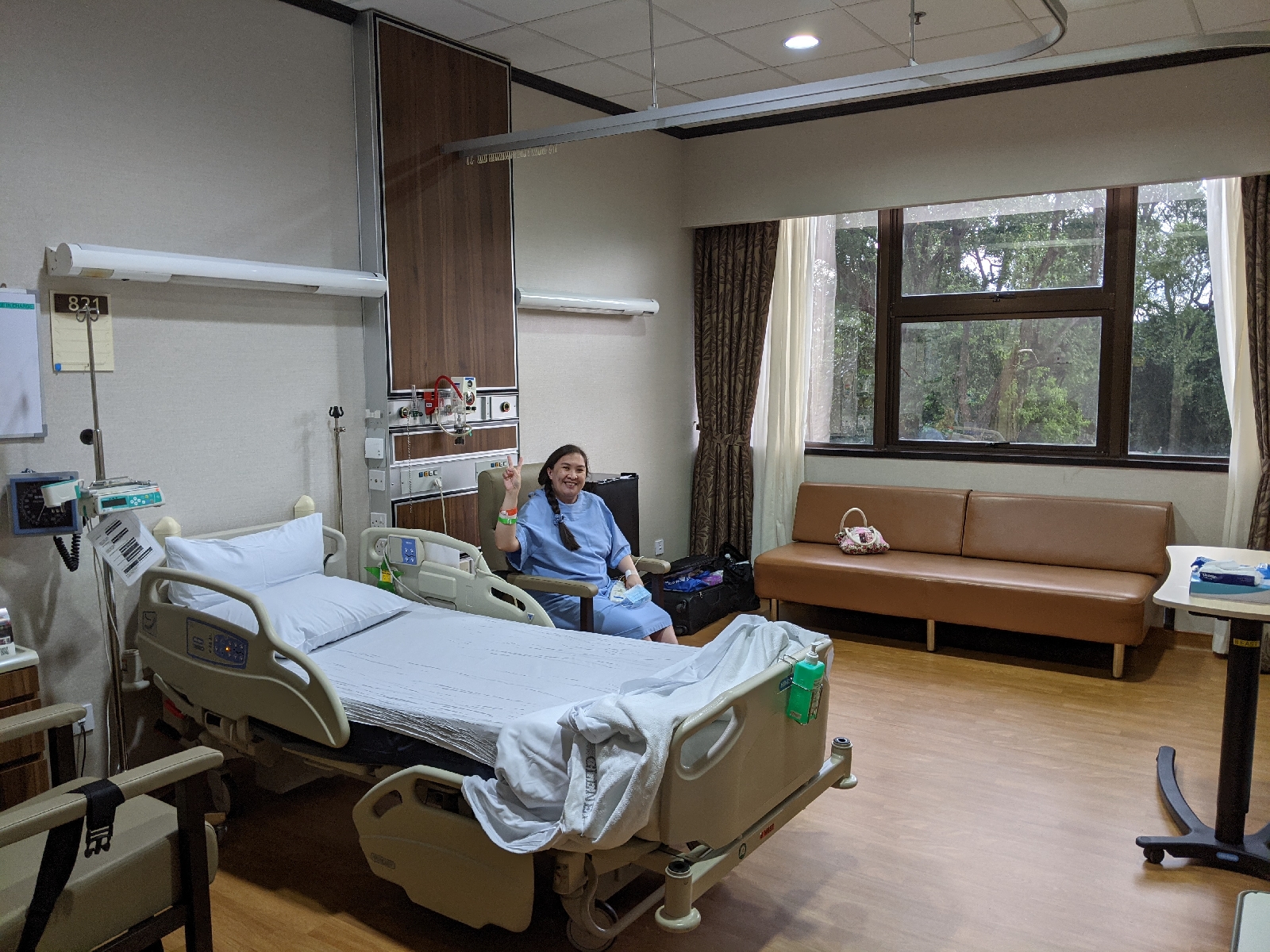 The last thirty months have been the most difficult for me health-wise. More than when I had heart surgery. I suffered for three quarters before I was diagnosed with pulmonary embolism. It was resolved, but was followed with many other issues.
You might wonder why it took three quarters before my PE was diagnosed. I was being cared for by one of the best respiratory doctors here, but he never suspected I'd have PE. I only found out after I insisted to get a second opinion from another respiratory doctor from another hospital.
The other doctor listened to my plea. By then I could barely walk without getting breathless and I was in so much pain. It took almost two weeks of tests before he found out what was wrong with me. It took awhile because I'm an oddball.
I realized this week that doctors diagnose you based on symptoms and what is most common for your profile. The tests help confirm it and then off you go to treatment. My first respiratory doctor never thought I had PE even though I told him I wasn't getting well from the asthma meds. Even the ER diagnosed me with mild pneumonia when things were getting worse.
I don't blame them, it's just the way it is setup. Just think, for physically the challenged people it's always a struggle to move around because the world is set up for normal people. My breathing issues forced me to find ways to get around that won't require me to use the stairs. Only a few people understand that limitation and I have been laughed at because I insist on taking the lift instead of going up a flight of stairs.
This year has been really difficult for me because I've been getting sick even though I've just been working from home. I tried hard to follow the advise of my doctors, drank the meds, did physiotherapy, but I just couldn't do my regular activities anymore without feeling something.
And it finally dawned on my doctors I'm an oddball. I'm so much grateful to the radiologist who corrected her initial assessment that I may have PE again. I don't, but it has opened a Pandora's box that's challenging my doctors to see what's the best next step for me. I trust them because they saved my life seven years ago and who knows what they figure out may help other oddballs like me.
Pray for me?
CB//252 #StuckAtHomeDay/282 #AdmittedDay3 #StayHome #BeKind
Ipinaskil ni Aileen Apolo-de Jesus sa 12/16/2020 08:39:00 PM