After doing another Dear 2020 letter I realized that not everything was bad. The biggest struggle for me was being far from Miggy and my Mom. What 2020 allowed me to do was learn new things and explore some things I always wanted to do. Here's some new skills I developed this year: 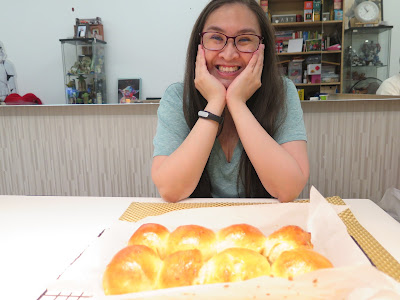 I always wanted to learn how to bake bread. What kept me from doing it was the yeast stuff and time. Oh boy but it was hard to get all the ingredients (especially yeast!). I jumped into it when I finally got all the ingredients. I decided to focus on baking Filipino bread since it's quite expensive to buy it here in Singapore. It was really challenging especially since it required technical skills on rolling the dough properly.

Some of my bread didn't look good, but at least they were edible. I haven't moved on to phase two of my Home Panaderia project. I want to perfect first my Filipino bread buns before I move to other kinds of bread. Check out my efforts on this playlist. 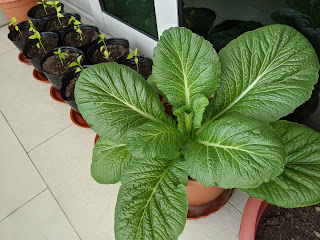 When we moved to our new place I thought it was a good idea to do some gardening. My attempts with gardening date back to 2010 when we moved to a duplex house that had a small garden. My efforts were only successfully with veggies so that's what I decided to work on. I planted mustasa, tomatoes, cucumber, bell pepper and jackfruit. Sweetie helped me by consistently watering the plants every morning.

We were pretty successful with our mustasa and tomatoes. The cucumber and bell pepper thrived for awhilte but never bore fruit. Unfortunately pests attacked the cucumber and it eventually spread out, killing the bell pepper and jackfruit. The tomatoes slowly dwindled away because of the rains and probably the pests too. It was a good first season and we're now preparing for a second season of planting. Check out our farming adventures on The Balcony Farmer.

Recipes for My Son

I learned a couple of new recipes this year, mostly easy to cook recipes of food that I miss from home. I also wanted to teach Miggy how to cook his favorite food since he's in Manila (that's why it's called Recipes for My Son). I think my most favorite new recipe is tapa ala Jollibee. My next step is to learn more seafood recipes now that my doctor has allowed me to eat Omega-3 rich food again. 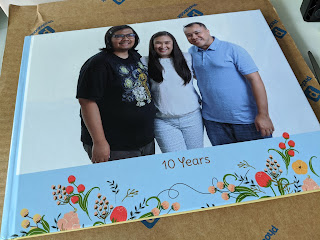 One of the things I did to cope during the lockdown was to create a happy photobook. I got the idea when I asked friends to share a happy memory with me. I thought it would be useful to preserve their comments with a photo. It took me a few weeks to complete the book and now I have something I can look at whenever I'm not having a good day. I have a few friends who followed suit!

Being stuck at home isn't so bad after all. Aside from baking, gardening, cooking and making photobooks, I got to work on my quilting project too. It's an old skill, but I think I improved a lot this year and I got to use the sewing machine Sweetie bought for me. And I think this is one thing I'd like to remember 2020 by.

What about you? Did you gain any new skills being stuck at home?