Life Must Go On

Hi! How are you? How have you been coping with this funny, funny not so funny year? I think all of us can collectively say that 2020 is one of the worst years ever.

I started 2020 on shaky ground. I was on a long-break from work to rest and to "clear my cache". When I came back I was somehow okay, but not yet 100%. Then I was thrown in to crisis response mode (for edu) and it's a been a crazy roller coaster ride the last few months trying to help. I would have at least 12-15 meetings every day and in-between there was also a lot of program work to do. 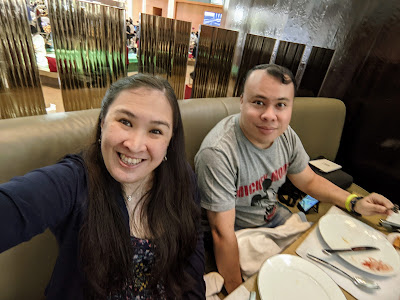 Yup, it has affected my health even though I try to cut off work by sundown. I've been accorded a different kind of body so my katawang lupa has been having a hard time coping with what I have to do. It's hard, but I still love what I do. I know I can't do this forever and I would need to eventually move on and do other things.

I think all of us has had enough of this pandemic. The reality is we're all in limbo for now. No one has the answer on when this will end. The saddest thing for me is being far away from Miggy and my Mom. I've just been telling myself that in time I'll be with them again.

A few weeks ago I watched a video about the Spanish Flu. I was wondering how they coped back then and how long it took before things got back to normal. It took about nine years. And even after nine years the virus still exists today (H1N1!!!). World War I was also ongoing during the Spanish Flu pandemic. I would also imagine there were natural disasters during that time. My grandparents were still kids during that time, I would probably ask them about that period if they were still alive.

But life went on. My grandparents survived, got married, had children. Lived through World War II, Martial Law and we lived through the turbulent 80s, the horrid 90s blackouts, a multitude of natural disasters (Pinatubo, typhoons, Taal, etc.). I've lived through 2 open heart surgeries, survived several illnesses with high mortality rates and I'm just grateful to be alive.

2020 may have brought us one bad situation after another. 2021 is just around the corner. We are all hoping that the new year will turn the tide. Let's have faith that things will change soon.

Don't forget to look up and look at the future.