Thought I'd take a break from my morose posts about my health. I don't know what came over me, but I just suddenly remembered about the weird things I've tried eating in my past travels.

I was in grade school when I got to try frog legs! Tita Rose and Tito Henry invited us to eat out with them at a Chinese restaurant in Makati. At the beginning of the meal they told us they were going to order frog legs so I could try it. I was so mortified! After much cajoling and reassurances by Tita Rose I finally tried it. As she promised it tasted like chicken!

That was my baptism of fire on weird food. Before that my ultimate weird food was century egg! I was much younger when I tried it and I actually believed Tito Ben when he told me the egg was 100 years old haha. Good thing I liked it. So since that time I tried century egg and frog legs I've always been game in trying unusual food. 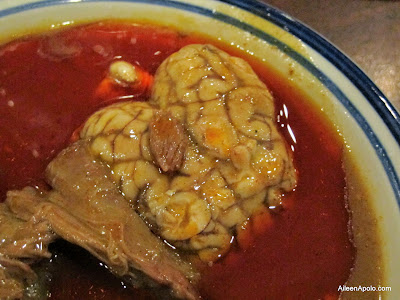 One of the strangest dishes I've tried is goat brain. Yup. BRAIN. I was in Pakistan for a few days and our host brought us to a well-known restaurant that served goats brain. I considered Badar as my scout-brother because we've been teammates since 2006, so I felt I needed to try everything he wanted us to experience. So I tried it. I'm not sure if it was cooked or raw (let's just think it was cooked). It was pretty gooey and had a different texture. Let's just say that would probably be the first and last time I'd try it.

The night before trying goat brain we had gone to a rooftop restaurant overlooking the Badshahi Mosque. There was no electricity, but we got a spot at the rooftop. We were served the main ingredient of soup number 5 -- grilled. I was the only one who tried it. It was basically grilled meat, but it was tough. I chased it down with soda hehe. 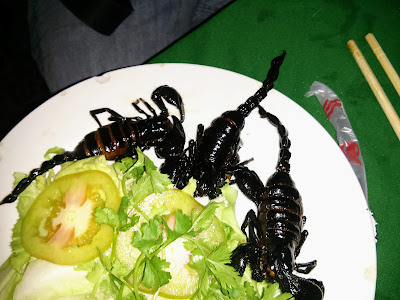 Fast forward to a year later, we were in Vietnam for a series of events. One night we ended up at a grill and they ordered scorpion. Since that was just a few months after my heart surgery I just tried a small piece. They warned that if scorpion isn't cooked right it can potentially poison you. I remember I felt really warm after eating the small bite and it lasted for a few hours. I just drank a lot of water to wash down the weird feeling.

Most recent strange dish I tried was raw octopous. Luckily the octopus was cut up already, but it was still moving when I put it in my mouth. I dropped it in soy sauce so it was quite salty. I swallowed it whole haha, so it was just like your regular sushi to me. After that I gobbled up the rest of the sushi they served. Video of that experience is here. 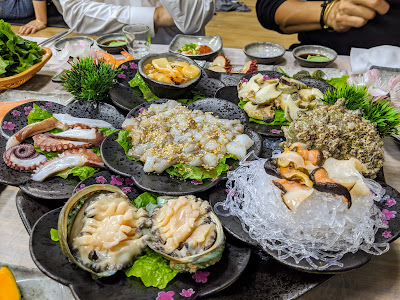 So my mantra is to just try food even though it's unusual for me. I do tend to stick to favorites whenever we try a new restaurant, but if I'm traveling and I'm offered to try anything I'd try it. What about you? Would you try strange food?