Throwback Thursday: Shinkansen Ride from Tokyo to Nagoya to Osaka

One of the things I enjoyed doing while covering the Asia Pacific region was figuring out how to get from one place to another. I have a collection of train cards across Asia since that was the easiest way to travel in-country. I once visited a school in the outskirts of Tokyo and the principal asked me, "How did you get here?" I told her I took the train. She was so shocked since the train system in Tokyo can be really confusing. I told her I just followed Google Maps.

I was scheduled to visit an event in Nagoya once and I thought it would be a great opportunity to take the Shinkansen bullet train from Tokyo. I thought I was going to have someone with me, but he decided to take the plane (he said it was cheaper and faster). I already had my ticket so I had no choice, haha. 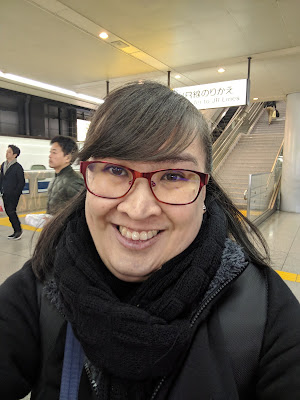 I was so nervous I confirmed twice which train station to go to. My luggage was huge because it was winter. I took a short taxi ride to the station and to be sure I went to the information center to ask which area I should go to. I was on the right track because the gate was just beside the info center. It was still early so I managed to look around the area before I settled in the waiting lounge where it was warm. 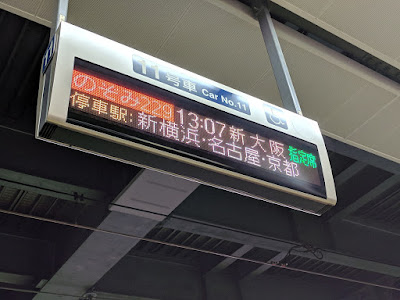 I was told that you should buy bento before boarding the train. It is customary to take out food and eat in the train. I was glad I bought food. I ate it when I saw other people eating in the train. The meal was delicious and I wished I bought more food, haha. 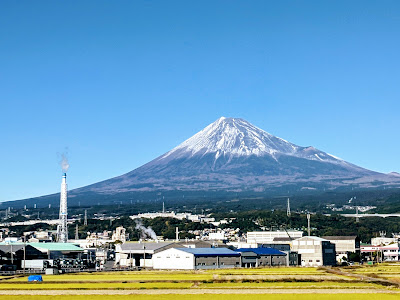 The  ride was 100 to 120 minutes long. I was surprised to see Mt. Fuji! My friend said, he got me a seat on the side of Mt. Fuji so I could see it. It was picture perfect even though I was just taking photos from a speeding train. I was so happy to see it again. Last time I saw it up close I was still in high school. It was where we got to try onsen. 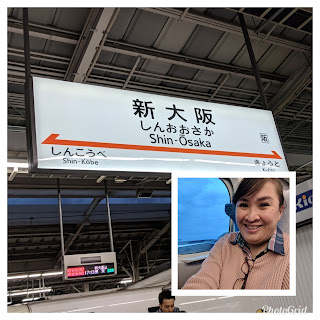 I did not get bored or sleepy on the ride. I was afraid I might miss my stop! It was a fun ride since I was able to see different profiles of the countryside. It was late afternoon already when I arrived in Nagoya. I just bought some dinner and then discovered a multi-level Tokyu Hands near where I was staying. The next day I took the Shinkansen again and went to Osaka.

Lesson learned though, don't take the train when your luggage is huge.