Thinking of Getting a New Laptop 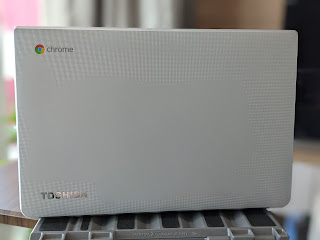 The last time I bought myself a laptop was in 2013. It was a touchscreen laptop which I mainly used to manage my photos. It started getting buggy just a year after I got it. The service center had to change the screen. Good thing it was still under warranty. It still served it's purpose until the keys started to break down and it eventually died on me early last year.

Since my laptop was buggy I would just use Sweetie and Miggy's discards. I'm typing this post on Miggy's old Toshiba Chromebook. It still works well and the battery life is still amazing. The only drawback is it's been hard to edit videos on it. I've been using Sweetie's old laptop now to edit videos, but it's been cranky the past two months. I wait an hour before it turns on.

Ten years ago I used to spend so much money on buying branded desktops. I wanted my gadgets to work smoothly. I'm not so patient with building computers. My friend who used to build them for me moved elsewhere so I stuck to buying branded ones. They worked really well for me. My needs changed though and that's why I've been able to survive using old devices for my personal use.

I know the Toshiba Chromebook (2015) still have a lot of life in it. I'll continue to use it for writing and non-editing tasks. It's auto-update policy though expires in September so I expect it might start slowing down more. So I'm now searching for a new Chromebook. I'm choosing between the Google Pixelbook Go or the Samsung Galaxy Chromebook 2020 (not the Samsung Chromebook 2).

The Google Pixelbook Go option is a no-brainer, but it's certainly more expensive. The auto-update policy ends in 2026. The Samsung Galaxy Chromebook 2020 expires in 2028, but the specs are lower than the Pixelbook. Sweetie said he'll have to compare the specs of the two before he makes a recommendation. I know though build-wise the Pixelbook Go will give me less issues since it's built by Google (that's why I stick to Pixel phones).

Oh well, have you acquired any new devices? What do you use? 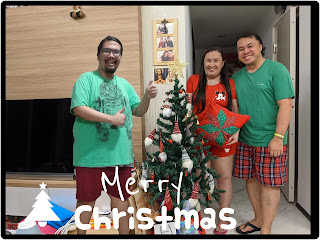 Day 20 Gratitude Challenge, A holiday you love. The holiday I love most is Christmas! It's just always a happy time to be with family. I love the traditions we built around the holiday. We always have a family picture with our Christmas tree every year. Last year since we were incomplete Miggy worked on adding himself to our family photo. It was hilarious and fooled a lot of people haha. My one wish this year is to celebrate Christmas as a complete family.