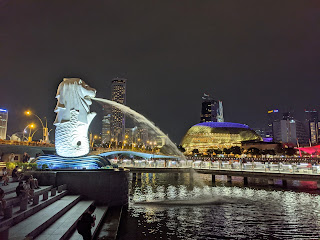 They have just announced plans for re-opening here in Singapore. I have been thinking about places I'd like to visit for the rest of the year. I think going out at least once a week would help me increase my energy and stamina. I'm also so fair already I need more time under the sun.

I've lived in Singapore for 10 years already. I've been to the usual stuff, but I think there are more places I should visit at least once. I wanted to visit all the Toast Box branches across the island, but I've been to a handful only. I found a buddy to do this but then the pandemic happened! We only got to go to one branch before he left. 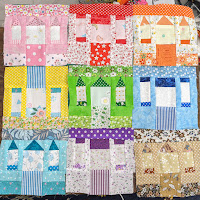 1. The Joo Chiat shophouses/Peranakan shophouses - I've only seen them in photos. I have been so fascinated by the artwork by Kildi Photos which I first saw at my PT clinic. Super love the colorful shophouses, it's inspired me to create a quilt project.

2. East Coast Park - the last time I visited this park was before I moved to Singapore. I always see it on the way to the airport, but haven't had time to visit. I just live across the West Coast Park and we love going there. I wonder how different the ECP is.

3. A reservoir - I've only been to the Bedok Reservoir. There are many more and I heard that the MacRitchie Reservoir is a great place to visit. 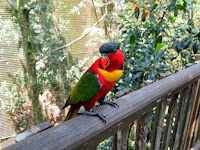 4. Jurong Bird Park - I've been there several times, but it never gets old for me. The last time we went was before Miggy went back home in August 2019. I'd like to see the Philippine eagle again and say hello.

5. Pulau Ubin - believe it or not I haven't been to Pulau Ubin. It's supposed to bring you back to the 1960s when you go there. I'm really curious to see the island. Will have to research whether they allow people to visit.

6. Sentosa Island - I used to live near Sentosa Island. On weekends we'd just walk over. They regulated visitors last year so we just avoided going. I wonder if we could come visit again soon. We just enjoy walking around and spinning Pokestops. No need for me to go to the Universal Studios, taking a photo by the globe should be enough haha. 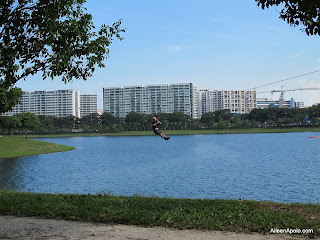 7. Night Safari - taking photos is better during the day though. I've been to the Night Safari only once and it was fun. Oh I should check whether the zoo has moved. I remember they announced that they were going to move last year.

8. Singapore Flyer - would you believe I've never been on it! I have been trying to convince my boys to come with me. Maybe Sweetie will go with me soon? Or maybe at least the cable car.

9. Sunset Sail - I saw this attraction from a leaflet when we did a staycation a few months ago. I'm really curious how this works.

10. Chinatown - we used to visit Chinatown often, usually after hearing mass. The energy there is really different and I miss the food! Maybe we can finally try the Michelin starred stall there.