Learning More About the Taal Volcano

Taal holds a lot of beautiful memories. Back in college an org mate brought us there to visit her grandma's place. It was where I tasted the best coffee in the whole wide world. We arrived early in the morning and her grandma boiled freshly picked coffee beans. After breakfast we spent the rest of the day by the lake where we attempted to swim, but discovered that the bottom of the lake was mud so we just hung out at the shoreline. 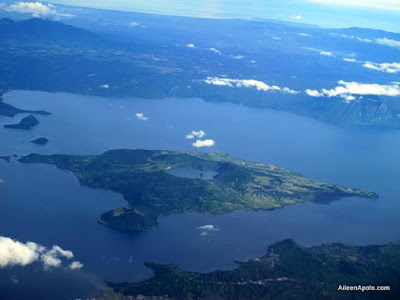 Photo of the Taal Volcano I took in-flight in 2011.


For many years my family would also go to Tagaytay for rest and recreation. The last time was last year for CNY which didn't end well because Sweetie dislocated his knee. I like going to Tagaytay because it's peaceful and they have a lot to offer. I always like to stay and eat at places which overlook the lake. I have a a lot of photos of the Taal Volcano, but I just learned this past week that I've mostly been taking a photo of just one of its 47 craters. The Binintiang Malaki. i just one of the visible craters which is near the main crater. 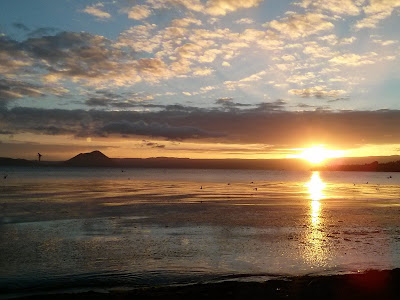 Taal Sunset during one of our trips.


I've never had the opportunity hike to the crater because it requires stamina. Maybe when I was a child, but I have no recollection. I always had in my mind that all volcanoes are just like the beautiful Mount Mayon. I know some are underwater, but I always thought they only had one crater. I was so surprised to learn that Taal Volcano has 47 craters. I also learned from Phivolcs while watching the news that volcanoes can erupt horizontally.

To understand the situation better and all the terms they've been using in the news I've been doing a lot of reading the past few days. I just normally search the terms on Google and read materials published by reliable sources. There's so much available content online there's no excuse not to learn.

I hope and pray that things stabilize soon. There's thousands of people displaced now and lots of help still needed. You may refer to this list if you want to donate.