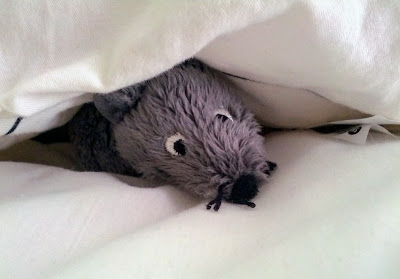 The seed tray was sitting in the garage untouched for more than two weeks. I only used two-thirds of it and only completed it early this week when I decided to plant more seeds. The sunflower seeds I planted on the last column was probably what attracted the rat. I was inspecting the seed tray when I heard something in the backyard. That was when I saw a huge rat scrambling up the bamboo to get to the property next door. 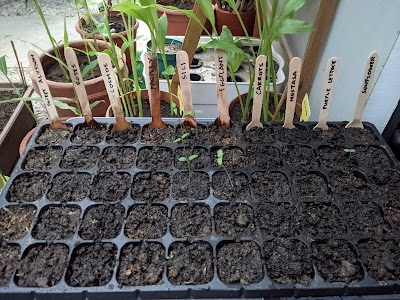 The next day our friendly pest control supplier dropped by to check the termite bait. We reported the rat and they advised to just monitor the activity first since it may just be one rat scouting our property. I was  worried though that they might multiply and immediately got some cayenne pepper and Racumin.

I read that rats don't like it when  you move things around, so we moved the seed tray to a sunnier spot in the garage. Placed the bait under it and hoped the stray cats won't come near it (the cayenne pepper should help ward them off for now).

Two pieces of the bait and two pieces of the paste were gone the next day. I read it takes 4 to 6 days before it affects the rodent. We haven't seen it since we placed the bait the other day. We're just hoping it went back to its nest. I'm not looking forward to its horrendous smell if it dies in my garden. Sorry bud, pests aren't welcome in our home. We've also gone through a lot already this year and just want to finally get our gardening projects going.