The alerts sent by NDRMCC has been making me anxious. PAGASA-DOST has announced signal #5 in some areas and Metro Manila has been under signal #3 and #4 in the past few hours. I'm anxious because #KardingPH was originally not expected to make landfall. It intensified though and moved further in. The previous typhoons did not make landfall, so I was hoping it would stay that way. 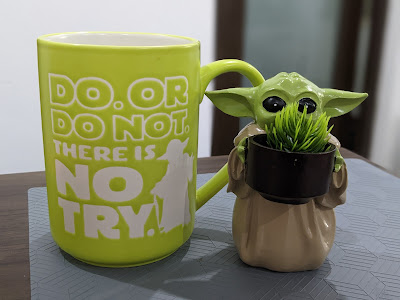 Well, we've all so far been able to cope with typhoons. The worst for me was typhoon Ondoy. We almost postponed our wedding because both our homes were severely affected. After #OndoyPH happened I volunteered to help with crisis response. I did that for almost a decade. It helped me deal with the trauma and getting anxious during typhoons.

I woke up today with pain in my lower back. The pain has been growing in the past two weeks. I suspect it may be because my doctor adjusted my medication. It's also been exacerbated by anxiety. I told myself last night it's funny how I never really had debilitating anxiety when I was younger. I was always able to cope. It's been found though that it comes together with having pulmonary embolism.

Watched Doc Willie's video on dealing with anxiety yesterday. He enumerated several ways on how to cope with it and said, "No one dies from anxiety." That made me look back on how I've always been able to cope. After the flood put everything I owned under water during typhoon Ondoy, Dad scolded me because I started to cry. He told me, "Para yan lang iyak iyak ka na."

He taught me an important lesson that day. Don't dwell on the bad situation, get moving and do something. It's probably been hard for me to cope lately because I've been feeling unwell. I need to focus though on the future so I don't get stuck in a rut. And, of course, pray.