That Time I Gave Up, My Life Got Better

Many years ago I was a mess. I wasn't happy and was continuously getting disappointed with my choices. I was single for a long time already at that time and I was mulling whether I was meant for single blessedness. I already had Miggy and thought I could just go for my Phd. The funny thing is I gave myself a deadline.

I prayed for it. I told Papa God if I was meant to marry I should be in a relationship on or before September 30, 2007. If there wasn't anyone I'd enroll in graduate school and would just focus on that and Miggy. That was my plan and I had already accepted my fate.

I was on my way home from San Francisco on September 26 and I was in the plane when I realized my deadline was coming up. I was really bent on following the deadline. I gave myself that expectation because I wanted to move forward. I made a desperate plea to Papa God and told him things were really not going well, this is how my plea went -

"Dear Papa God, it's a few days before my deadline. I messed up again. I've been making bad decisions and I give up. Can you please take over and navigate my life? If by the 30th I'm not in a relationship then I'd accept my fate and will dedicate my life to serving you."

Arrived in Manila early morning of September 28. I was badly jetlagged and ended up chatting with Sweetie in the evening. Our friendship deepened that year, we were best friends by that time. I had that strange wedding dream which involved Sweetie, but I never told him about it. I set it aside because our friendship was more precious for me. 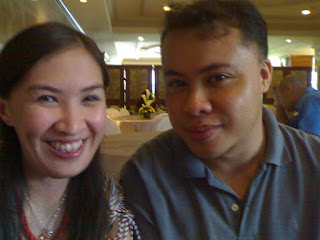 That night, around 1 in the morning Sweetie said he wanted to tell me something important. It took him almost an hour and a half before he was able to tell me he thought about being more than friends.

And the rest is history. 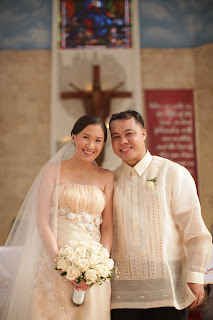 Like wow oh wow, that's how God wrote my love story. And that's how when I gave up, He took over and made my life better.