It's been quite some time since I tried something new (minus trips!). I was doubtful at first about riding a camel. I've seen them in zoos and photos. Thought it would be the same as riding an elephant which I did in Taman Safari in Jakarta a few years back.

I watched Henky and his brother get on the camel first. Took some photos and then they went around for a short ride. One thing I noticed though, the camel sounded like it was complaining. They were both bellowing/growling (not sure about the right term).

It was kinda scary, but I gamely got on the camel. I held on for dear life when the camel stood up. It took its sweet time to stand on all four legs and the caretaker told me to lean back so I don't fall off. And I finally got up with a flourish! 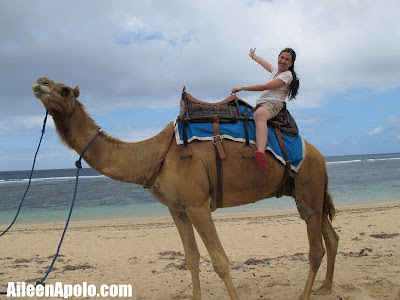 And more photos with Henky and his brother (doing the Henky pose of course!). 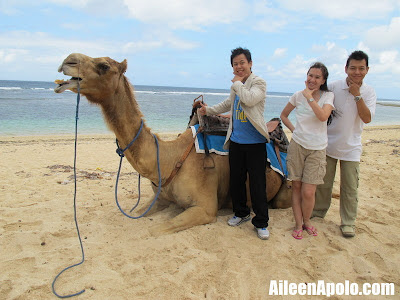 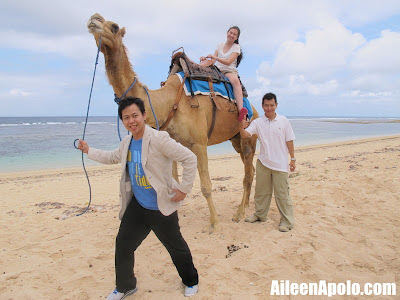 There was a newly married couple who were having their nuptial photos taken by the beach. Met two folks who were part of the entourage and so we took the chance to have photos taken with them. The photographer was Henky's wedding photographer (what a small world!). 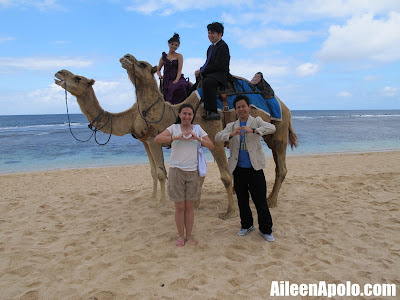 Oh, and wanted to greet my dear friend, Chare a happy, happy birthday!