I was ecstatic when I found out that I was going to attend gMaroc. gMaroc is an annual Google conference held in Morocco. This year it was held in Mohammedia, a city between Casablanca and Rabat. To me Morocco is a faraway exotic land. One place that's on my wish list to visit. 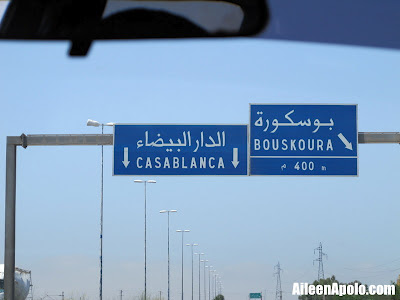 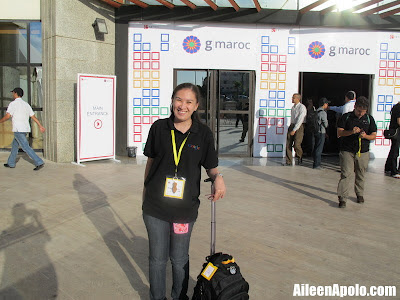 One of my Mom's favorite movies is "Casablanca". When I saw it on the list of movies in the plane, I made sure to watch it. 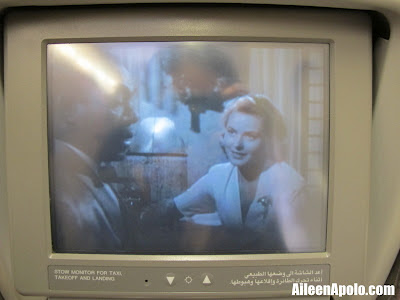 Now I know where my Mom based her hair-do.

I didn't get to see much of Morocco since I had to attend the event for two full days. I certainly loved the fact that we stayed at a beach hotel. It was the closest I got to a beach this year (poor me!). Much as I wanted to wade in the water or walk on the sea shore I didn't have time to do so (was badly jetlagged!). So I contented myself by taking some photos from my balcony. 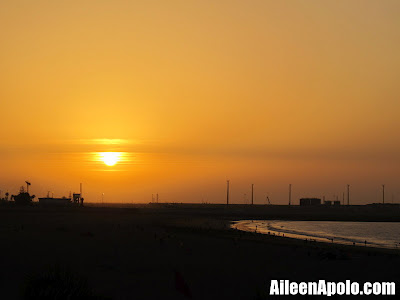 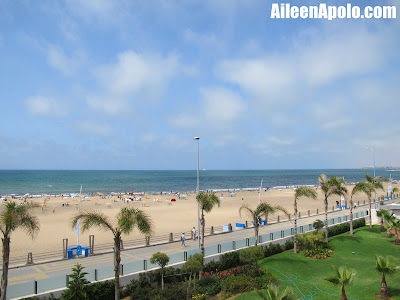 Morocco is very different from all the places I've been to. I had my face plastered on the plane's window so I could check out the terrain. It was my first time to see a different kind of land. In Asia most of the places are either green because of trees and crops, in Africa everything was brown with a mix of black (still trying to figure out what those black spots were). The culture is also unlike any I've encountered. Some colleagues told me that I should wear a scarf to cover my hair, but a friend who's visited Morocco said that I didn't need to since I was obviously a foreigner and they weren't that strict there. My plane seatmate also assured me that I was going to be okay without a scarf. I noticed though that only men and boys swam at the beach and the women were just sitting around covered from head to foot. 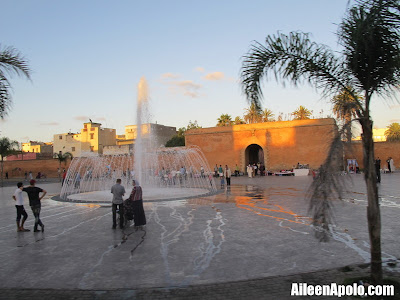 I had the chance though to learn more about local culture by chatting with some of the Google Student Ambassadors and Google Geo Advocates. I must've bored them a lot because I kept asking questions - mostly about how they conducted weddings and if their marriages were arranged (it used to be they said). Too bad though I wasn't able to sample any local food (we always ended up eating in French restos!), save for the Moroccan bread David passed around (it was yummy!). 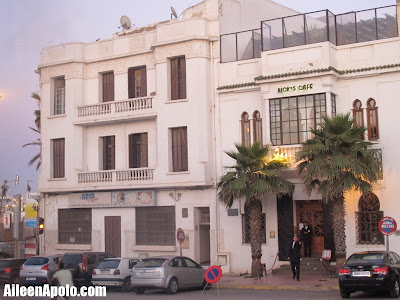 Rick's Cafe is a replica from the movie (Casablanca).

Well, maybe someday I'd be able to visit Morocca again... but for a vacation!