A few weeks back I saw the banners advertising the Harry Potter exhibit near our office. I immediately sent a message to my housemates to ask them to visit the exhibit with me. They immediately said yes. Yay! 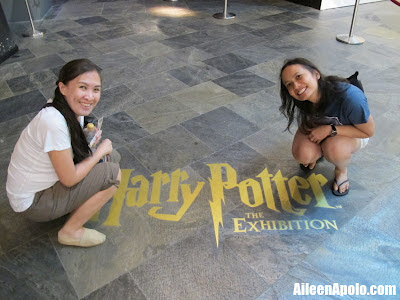 Good thing my friend, Jajah, bought tickets already because the line was long when we arrived at the ArtScience Museum at Marina Bay Sands. I practically skipped to the exhibit area because I was so excited! I started reading the books even before it became very popular and, of course, watched all the movies on the big screen.

As usual taking photos inside the exhibit was prohibited so we gamely posed for the photo (SGD20 per photo!). We all insisted on wearing the Gryffindor scarf. 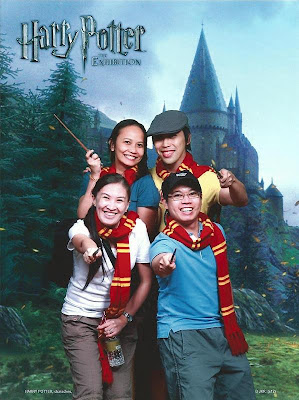 The exhibit was composed of the costumes and set/props used during the filming of the Harry Potter movies and replicas of the creatures in the film. It was really interesting to see how different the size of the costumes were from book one to seven. The actors really did grow up together with the film. I loved seeing the detail on the fabric used for the costumes which were pretty intricate and depicted the personality of each character. 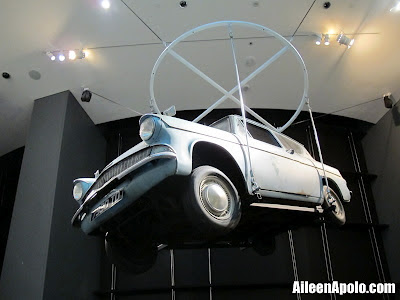 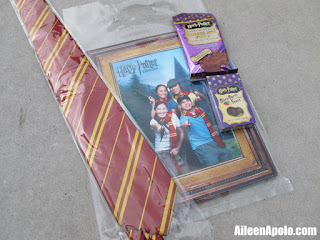 I found the design of the wands of the different characters amazing. They were described fully in the book, but in the film the complexity of the designs were not that obvious. I liked Professor Snape and Hermione's wand the most and would've probably bought the set if it wasn't that expensive (it's SGD350!). I wonder though if they sourced out the wands from different countries for the film because they all looked so different.

The creatures looked life-like. When I was reading the book I really couldn't fully visualize properly how the dementor looked like. They had one life-size one and it surely looked scary and cold. Not many people hung around the area where the evil creatures were located because they looked so real.

After seeing the exhibit I realized how much work they put into putting together the movie. It wasn't just about choosing the right actors for the characters, but building the whole "Harry Potter world"/Hogwarts. The attention to detail wasn't only on what the characters were wearing, but also on all the different sets/props used. All of this made bringing the story to the big screen a huge success. If you're a big fan of Harry Potter better check out the exhibit. It's open until September 30 this year.
Ipinaskil ni Aileen Apolo-de Jesus sa 7/08/2012 09:30:00 AM