Every year I try to watch a few movies from the MMFF roster. I once watched three movies in a row with friends haha. My favorite was that year they had a lot of indie films. I don't get to watch a lot of movies, but I like watching Pinoy made movies. When I was a child my Tita Olive used to bring me with her to watch movies and they were usually tagalog. 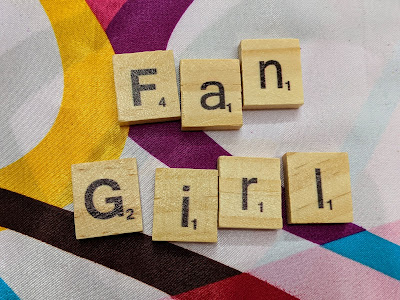 So yesterday I suggested to Sweetie we watch the MMFF best picture, Fan Girl. It took awhile for me to find the best way to watch it because the news articles weren't very clear. The easiest way to watch it is through GMovies Stream Now. If you have a GCash account it only costs PhP250 and US$10 if you use other payment methods (I think it's US$10 when you're abroad). I signed up for a GMovies account and paid using GCash, then used Chromecast to stream it to my TV. It worked perfectly.

I got curious to watch the movie because of the trailer. It tells the story of a fan who managed to spend time with her idol by stowing away in his truck. It's a slow burn movie with revelations coming on the latter part. And wow, the events in the latter part of the movie were unexpected.

I think most of us have gone through that feeling of fan girling for an artist. I fan girled really bad for Menudo when I was in third/fourth grade. I had posters of them inside of my cabinet and went to watch their concerts. I don't know what happened, but eventually I realized it was impractical since I would never really meet them in person lol.  Since then I have drawn the line and just admire artists without going gaga.

For Jane, the fan girl, she was probably very disappointed to learn about the real person behind her idol. She loved him too much she was willing to overlook his faults. The turn of events eventually woke her up from her fantasy. The way it happened was very jarring and would make you think how much those two days changed the life of Jane after.

I don't remember exactly what happened when I realized that it was impractical to fan girl. Since then I prefer to admire my favorite artists from a distance. If you ask me, I'd prefer not to know them in person because I don't want to get disappointed. I'd like to preserve that idea I have of an artist, but things are changing now since artists now have vlogs where they share more about themselves.

Fan Girl is a great movie to watch. The concept is quite interesting and I'm sure you can relate to it. If you're going to watch it, please watch via legitimate means!