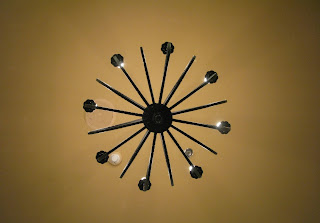 Today I watched "The Theory of Everything". It's a film about the life of Stephen Hawking. He is one of the most known scientists in our time. He was only 21 years old when he was diagnosed with motor neurone disease. His doctors said they expected him to live only two more years.

Stephen Hawking died at the age of 76. He lived a full life. Got married, had 3 children and even re-married. His book "A Brief History of Time" sold over 10 million books. He was able to do this even though he lived most of his life on a wheelchair, had to be dressed and fed, and had a machine to communicate.

How did he do it? How was he still able to achieve so much despite the physical challenges?

I believe it was love that fueled Stephen Hawking's will to stay alive. At a brain injury conference he mentioned that his children helped him cope with his symptoms. In the film they showed him playing with his children even when he was wheelchair bound. The film also showed his wife, Jane, patiently taking care of him. That's true love.

His love for science and his brilliant mind allowed him to achieve a lot. At the conference Stephen Hawking also shared that he realized that he would not allow his disability to keep him from achieving. That's what I call iron will.

Email ThisBlogThis!Share to TwitterShare to FacebookShare to Pinterest
Mga etiketa: film, movie, stephen hawking, the theory of everything