They say to form a habit you need to continually do it for 30 days. I asked Sweetie if he thought that people would just slip into their old habits after having to stay from home for two months. He said some might, but there will be probably those who will and there will be those who would have changed. 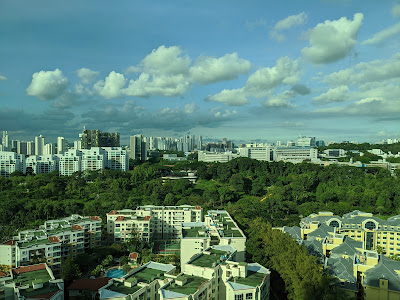 I've accepted the fact that I'll probably be one of the last to go back to the office because of my health condition. Instead of dwelling on what should be I've been thinking more about what new things I could learn and do things I've always wanted to do.
Here are some of the newfound things I've been doing the last two months -
1. Cooking a lot! See my recipes here.
2. Baking! I've been baking at least once a week.
3. Quiling again. I took a rest from my quilting projects since December and have finally picked it up again.
4. Writing! I've been blogging since January 1 this year. Yay!
5. Planting! I'm trying the art of growing my own food. It's still in its very early days.
6. Watching more Kdramas! Finally got around to continue watching CLOY. OMG we're hooked!
7. I want to learn how to bake bread. I've just been waiting for my yeast to arrive!
#CB40 #WFH36 #StuckAtHomeDay71 #StayHome #BeKind
Ipinaskil ni Aileen Apolo-de Jesus sa 5/17/2020 12:00:00 AM