The Reality of a Bad Political Climate

I came across several tweets yesterday from BPO employees sharing the thoughts of their foreign bosses. They said they would consider moving their contracts to India if the dictator's son wins. It's a good discussion point because it's important to understand how the economy is affected by politics.

I went through three Philippine Presidents while working for a foreign company. It didn't have a local office in the Philippines when I was hired as the country representative. My main job was to prove the need to have a local office. I had counterparts in Thailand, Malaysia, Vietnam and Pakistan who had the same task.

I did everything I could to "prepare the market". I wore many hats, business development, marketing, community management, sales and I also did work for engineering and product. I was laser focused though on getting an office opened because I knew it would potentially bring a lot of jobs and get budget to run programs. For many years I did not have any budget to run programs.

I watched enviously as Thailand and Malaysia opened their offices (Singapore was organized by my manager). No matter how much good work I did, the political climate just negated all my arguments. The president at that time was GMA and she didn't have a good reputation internationally. I also had to be very careful working with government. 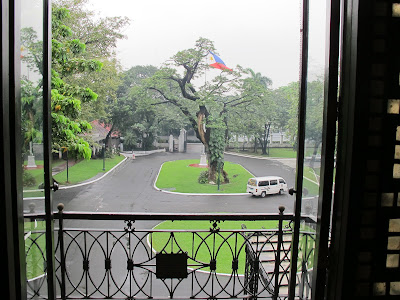 That's the reality of working for a foreign company. I really had a hard time getting funding for my projects for the Philippines when the political climate wasn't good. No matter how you prepare your market to be viable, decisions are influenced by the political situation. So yes, BPOs can easily move their business to other countries if the next president isn't politically respected internationally.