I did not want to entertain "what if" thoughts. It's unthinkable and dangerous to think about losing. The moment of truth is just a week away. It is exciting and scary. We don't really know what will happen. I am hopeful though that the people's campaign wins for all of us to benefit. 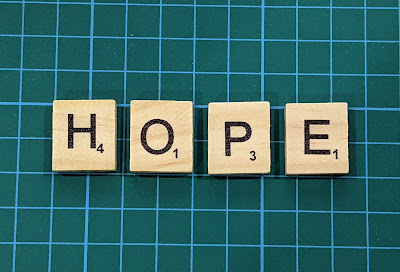 The biggest fear I have is for all the atrocities of the previous regime to come back. We've seen this happen in the last 36 years. Graft and corruption, plunder, extrajudicial killings, torture fake news, illegal arrests and many more bad things have been happening.

Those things are still happening because the perpetrators are still in the system. I realized that Enrile's participation in the 1986 EDSA Revolution was all a farce. Did he stay back to ensure that eventually the Marcoses can regain power?

If you look back at what happened post EDSA, President Cory's term was marred with many coup attempts. President Ramos had to contend with the power crisis. Then things went downhill when Erap won, got ousted for plunder, replaced by GMA whose was subsequently charged with plunder but cleared a month after DU30 took power. Progress was only made during PNoy's time. Remember he left 1 trillion budget for the next president. And DU30? He's leaving us with 13 trillion debt and we're still paying for the debt Marcos left.

I was too young to join the EDSA Revolution in 1986. I was able to go to EDSA Dos and was there when GMA was inaugurated. We were all hopeful. We fought for it. We wanted things to get better. Then Oakwood and the Manila Pen rebellion happened. Impeachment complaints were filed 4 times, but the opposition only had 28 seats so it did not flourish. Then she pardoned Estrada.

We deserve so much more than these people who have been abusing their power. I remember during PNoy's time the opposition was very outspoken. It wasn't a perfect presidency, but progress was made. Then budget secretary Butch Abad worked on fiscal transparency, but was later on charged by the Duterte administration. In our country they persecute you if you serve the people the right way. That's why I worry for James.

Many avoid politics, but looking at our history the only way to get out of this countrywide hell is to choose the right leaders from top to bottom and hold them accountable. Let's learn from our neighbors who have gone through similar circumstances. It is our duty as citizens to ensure that these elected officials follow through with their promises.

So think about it, you decide what kind of future you want. Do you want progress or do want things to get worse?

Why are Sri Lankas protesting in the streets?