My Journey at Google, the End

Today is my 10th Googleversary in Singapore. I have spent a total of 5,529 days with Google since 2006. That's a decade and a half of my life. It's been an amazing journey. I have grown and learned a lot in the past 15 years. It's been the adventure of a lifetime. 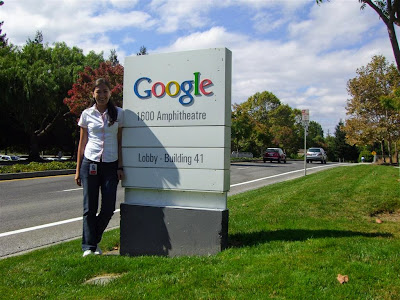 How the Journey Started

I applied on a whim after seeing the post a second time. The job description was overwhelming, but something at the back of my mind told me that maybe I could do it. I submitted my application and did not expect a reply. I received an email the next day and went through months of interviews. It was like going through the eye of a needle.

I pinged my Kuya when I was on my way to one of the final interviews in HK. I was very nervous since I didn't know what to expect. He told me, "If it's meant for you, God would lead you to it." At the interview I was asked to present a plan. At that time I didn't own a laptop and handed over a thumb drive. Haha! On the final interview I was super sick. My doctor wanted to ward me in the hospital. My Dad drove me to Makati for the VC. I don't know how I managed to get through the interview with super high fever.

I shed a few tears when I arrived at SFO airport. It was my first time to travel to the US alone. Good thing I was given directions on how to get to Mountain View. I was very nervous. It was overwhelming and it was quite hard to digest things because of jetlag haha. My teammates and I immediately formed a bond. We were all in a unique position of working alone in our countries. We naturally bonded because we had similar experiences and challenges. We still keep in touch with each other. I started this blog during a meeting with the Blogger team. I copied my first post from Friendster.

I spent the next few months understanding the market. I started by joining a Digitalfilipino club meeting. I was familiar with it because I was already a member. That's where I met Sweetie! And then I was invited to the SEO Beercon. I realized then that it was important to meet the different communities. I traveled to Cebu, Davao and CDO and met many wonderful people who now are my friends. This continued in the next year.

Getting Into Community Management

Eventually I saw the need to help developers learn more about our technologies. I started by bridging some of our Filipino devs based in the US with local developers. What was supposed to be a small roundtable event ballooned to a huge session held at AIM. It was the start of the Google Technology Users Group (GTUG), eventually renamed to the Google Developers Group (GDG). The community grew with the support of tech companies who welcomed devs in their offices for sessions. Eventually we started to see devs create useful apps in the Philippines. Aside from apps, the communities (devs and bloggers) jumped into mapping the Philippines.

I almost drowned during typhoon Ondoy. I lost everything except my desktop (priorities!). When electricity came back I got to work doing crisis response. The mapping efforts of the communities became very useful. It was used for rescue efforts. Eventually the communities helped with mapping evacuation centers to help with relief.

The mapping project was my 20% time project. I was lucky I was supported by the Map Maker team for it. The effort eventually gave birth to other projects, crisis response, tourism and elections. I was really proud when we had Filipino representatives talk about the projects during the Map Maker summit in Singapore.

I did a lot of community projects, but my real job was to justify opening an office in the Philippines. This was my 80% work. It was a great opportunity for me to work on the industry side of things. Yehey.com practically adopted me and helped open doors for me. I did a lot of trainings on Adwords with IMMAP, CICT, GoNegosyo, PTTC and brands. Eventually the office opened, but my heart was really into community management. I moved to Singapore before the office was officially opened. I was noticeably absent during the opening because I just had heart surgery  I told them not to wait for me and just go ahead with the inauguration. I always believed that I'm just an instrument to help facilitate growth. 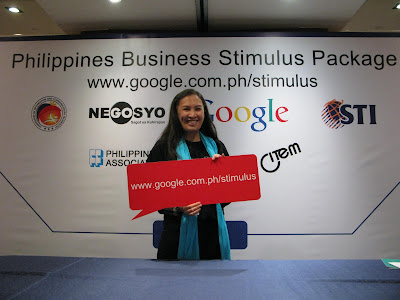 I left the Philippines with a big bang haha. We launched YouTube and had the YouTube World View Live with PNoy. We also managed to include the Philippines in the launch of the Chrome Webstore. That was a busy time convincing media companies to sign up as a partner. Also had to work with developers to create web apps for the Philippines. 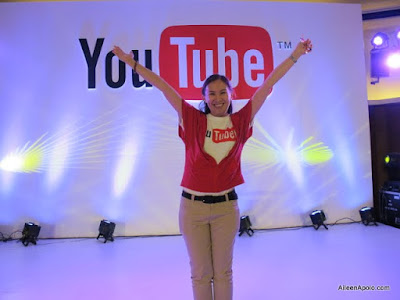 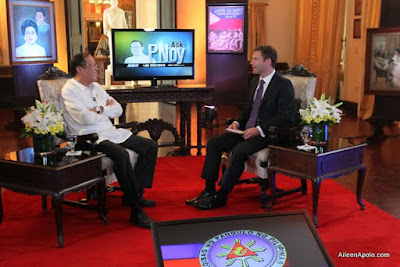 The Next Five Years, Southeast Asia

When I moved to Singapore I joined the Emerging Markets team. At that time I thought my journey was about to end already. I did not want to do sales and told my managing director then that maybe it was the end of my journey. He was so surprised with what I said and told me they wanted to keep me. They were really good to me and it was fate when my manager met my future manager in a trip to Indonesia. He arranged for us to have a chat and in just a few months I found myself moving to Singapore.

To be honest the only thing I brought to the table was lakas ng loob. I had no regional experience, but I had to incubate the Google Business Group community. Taking my learnings on how the GDG grew, I challenged myself and incubated the first community in Indonesia. The country was a bit familiar to me because I visited it a lot because of my Kuya. Eventually I started organizing in Malaysia, Thailand, Phiippines and other countries. The key to growing communities is knowing the characteristics of what makes a great community leader.

Aside from growing communities I organized the gDays across Southeast Asia. These were 2-day large events. I honestly don't know how I survived organizing these events. Ahhh that was why I was so thin back then hahaha. I coupled the gDays with the DevFests during this time to help the dev team. Oh boy, it was fun. 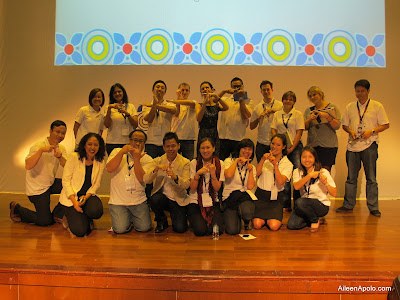 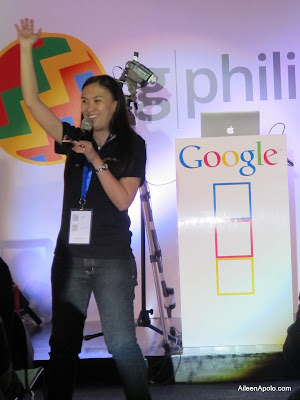 Eventually I inherited the Google Student Ambassador program and I now have over 400 kids calling me Mommy Aileen across the region (yup, even until today haha). Of course all the students are grown-ups now. Some have married and have kids. Others have their own companies, while others are going up the corporate ladder. I wish we could gather everyone again one day.

At the tail-end of my stint with the Emerging Markets team I was asked to incubate the Google Educator Groups (GEG). Of course I went back to familiar ground to work on this. We embarked on our first teachers workshop during Typhoon Yolanda (Haiyan). We proceeded with it since the weather was good in Baguio. We had a scare though in the evening. We thought the windows in our room was going to break with the heavy winds. Needless to say, in between hopping from the teachers workshop and GBG and GDG events I was doing crisis response. The response went on until after Christmas. 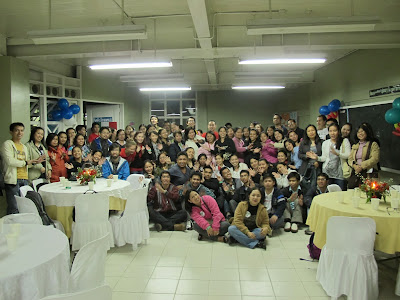 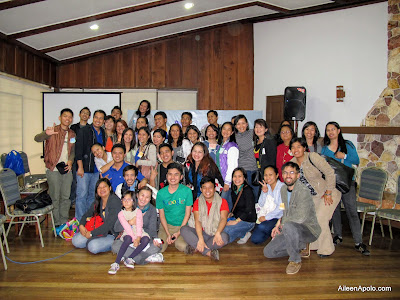 After that crazy time I was given the opportunity to choose between moving to the dev or education team. I chose the education team because I wanted to continue growing the educator community. We had our first GEG Summit and Google Teacher Academy in the region. With Philip onboard I got to also focus on developing partners in the region to help with training. This was important so we could bring more programs in countries. I surprised myself with more lakas ng loob when I had to expand my work across Asia Pacific.

The last few years I focused on developing more capacity across the region. I learned from the beginning that I can't do everything and I always got help along the way. I always thought that the best use of the opportunity I had was to share and expand this to others. I believe that's always been my mission when I joined Google. 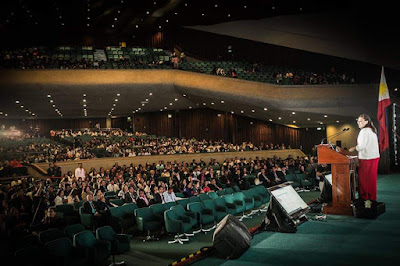 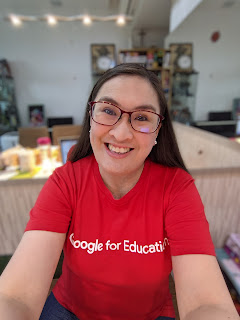 My friends would always tell me, "Madami ka na nagawa, magpahinga ka na." My work never felt heavy for me. I did everything with love. That's where I got all the energy. In 2006 I was asked to make a top ten wish list. I listed ten things I wanted for my country. I ticked off the last one last year with the distribution of Google Workspace for Education accounts for all DepEd students (and I did this for other countries too).

I guess when I ticked off everything on my list my body told me, "Tama na." Promptly got so sick and here I am today retiring. I would have just gone on and on working. It wasn't an easy decision, but I understand now that Papa God is redirecting me to something else. I don't know what it is, but I know I have to go back home now. My doctors have also repeatedly told me that it's time for me to live a stress-free life. I love what I do, I love my communities and I'm happy to give part of myself in whatever I do. But the end of this journey has come. I will treasure all the experiences I've had in the last 15 years. It was my pleasure to serve.

Thank you to everyone who supported me through the years, my family and friends (especially during the early days when I'd do events by myself), my colleagues, partners, suppliers, the communities, everyone. I tried making a list, but I might miss out someone so I just want to thank everyone from the bottom of my 8-year old repaired, leaking again heart, THANK YOU. I love you all!