Our Epic Last Day in Singapore

Transitioning back home is easier said than done. We had been sleeping really, really late since the movers took our stuff. We ended up cramming a lot of stuff in the past two weeks. We listed down our tasks and allotted the day before our flight for any emergency. That was really good planning on our part.

Yesterday was our last full day in Singapore. It was 3 in the morning and I was trying to pack my bags. I thought it was going to be easy. I even told myself I'd probably finish by midnight. At three in the morning, I finally accepted the fact that we did not account for some items we were going to bring home. I woke up. Sweetie and told him I think we should just send the excess via LBC. He readily agreed and we shifted gears. I fell asleep around 5 in the morning]. 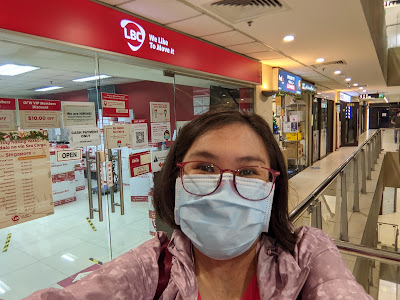 Woke up early since we scheduled theirconditioners to be cleaned. I promptly conked out on the couch when uncle left. I had a two hour nap which was useful because we met our landlord's agent for the turnover meeting. It took longer than we thought it would be and we ended up rushing to Lucky Plaza while it was raining really hard. 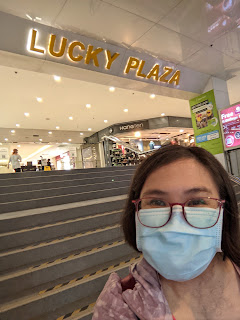 We got lucky at LBC because we got the last large box available. They were already running out of boxes because it's peak period for sending balikbayan boxes. If you don't send it now it will arrive after Christmas. The LBC staff at Lucky Plaza were all very nice and accommodating. We still had a lot of space in our box and they shooed us away to fill it up. So we ended up shopping while our tummies grumbled since we missed lunch.

We headed to Valu$ (Value Dollar), a popular grocery for overseas workers. We rushed around since we still had to meet our neighbors to pass some stuff to them. We ended up with three bags of assorted grocery items. We were proud of ourselves and thought we'd be able to fill up the box already. It still had some space left over so we just added some boxes the LBC crew gave us. They said you need to really fill up the box so it doesn't get squeezed during transit.

We quickly finished our business with Valu$  and then went to Tapa King to get some takeaway. Of course, we also got some Jollibee  for our neighbors. I told Sweetie I haven't been to Lucky Plaza for years. I used to go there to remit, change money, buy souvenirs and go to Jollibee. It felt like the end of my journey in Singapore came full circle with a last visit to LP.

Rushed back home, ate our takeaway, then started packing again. We finished at four thirty in the moring. So because I barely had sleep the past week, the plane ride felt like free sleeping time for me (sorry Black Widow!). It was an epic day for us since we had to think out of the box to resolved our packing issue.

Good night my friends, I've conked out a few times which writing the post. I think I'm going to end here and indulge my body with some rest.  GNaNyt!