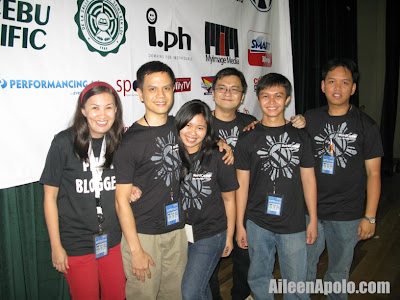 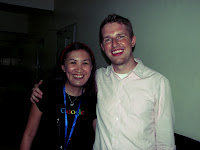 First thing in order is to congratulate my friends, The Usual Suspects - Blogie, Andrew, Migs, Ria, Winston, the other organizers and volunteers for the very successful Wordcamp Philippines! *Clap*Clap*Clap!!!
I arrived during lunch of the WordCamp so I wasn't able to attend any of the morning talks, but I was happy to bump into my former professor, Danny Arao, blogger friends, Markku, Hana, Jayvee, Phoebe, Arbet, Juned, Gail, Marc, Melo, Gwen and a whole lot more, and we chatted happily while having a sumptuous Chowking lumpia lauriat (and the Spot.ph Sonja's cupcakes were fab too). It was also during lunch that I met Matt Mullenweg, the founder and lead
developer of Wordpress. He was quite charming and easy-going, a lot like my developer friends based in Silicon Valley. 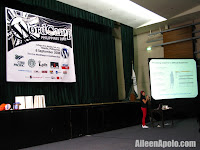 After lunch we headed to the plenary hall for Matt's talk where he revealed Wordpress stats and upcoming features. I just have one Wordpress blog - PinoyVloggers.com - and I'm just in-charge of its content (yeah major backlog!) and it's Drew who fixes up all the stuff on the back-end (you can also say that he's my WP mentor). Anyway, I spoke a little about Google Analytics after Matt. I kept it short coz I knew most of the people in the audience were already users - that's why I kinda showed how marketers would look at their stats if they were to position their blogs for ad space (I do really have more than 100 slides about it hehe). Well if you wanna learn more about it I have more tips over at Stitching.
Regnard came after me and he spoke about standards and then Anjelo did his bit about his blog ad service. Matt came back up for his Q&A and I must say the highlight of that bit was when he hugged Ria (yihee!)! Anyway, my lips are sealed lest I get a bonk on the head by the cuz. 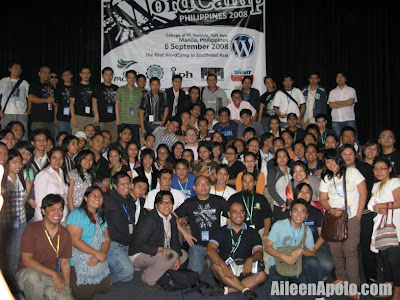 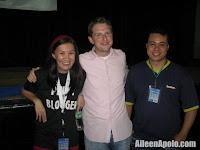 Later in the evening the Sweetie and I met up with the gang at Conti's for some dinner and dessert, but unfortunately had to miss the after-party at Magnet.
The next day though Miguel and I met up with Andrew, Ria, Matt, Fritz and some of Drew's cousins, and we had a game of Lazer Tag. After running around in the dark and getting tagged by Matt several times (and because of that I smashed onto one of the panels) I camped out with my teammates, Andrew, Fritz and Miguel and this is how our team won. Woohoo! 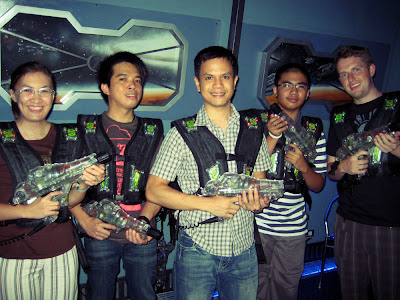