The Magic Blue Hose Blew Up, Sweetie Saved the Day

I was going about my day as usual yesterday. I told Sweetie I'll plant the leeks, sow the bell pepper seeds I got the other day, water the plants and I'll eat a fruit popsicle as a reward. I was happily reminiscing on the past 12 years Sweetie and I have been married while I was watering in the backyard when the mishap happened. 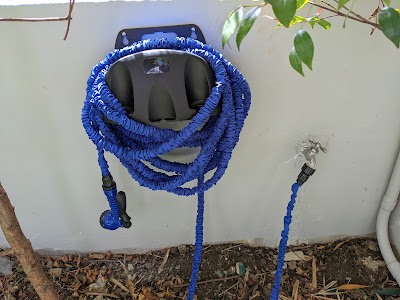 The water hose "blew up"! Water splattered all over my face and the front of my shirt. It took me awhile to realize that the hose broke off from the spray head. I stared at the spray head for awhile and then saw water starting to puddle on the ground. I sprang into action and turned the faucet off. I heard Miggy call me from his window. He asked if everything was alright. Told him I was dripping wet because the hose blew up. He said it probably gave way due to the water pressure. 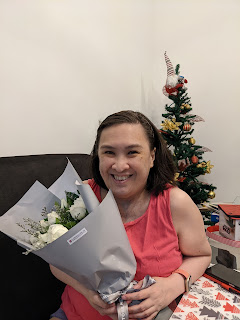 Of course, I just laughed at the matter. Even after 12 years the home mishaps still happen. Our newly delivered washing machine broke, which had our neighbor knocking on our door to check if everything was okay. Our first cooking attempt didn't turn out the way we wanted. Almost poisoned us trying to clean our sink. More mishaps happened after that, some are on our Mabuhay ang Bagong Kasal blog. I'm glad we were able to blog about some of those disasters because we can come back to it when we need a good laugh.

Back to the hose, I was bent on finishing watering the plants so I called Sweetie for help. He patiently worked on getting the inner hose out and said he could probably use the washing machine adapter to fix it. Holding the inner hose firmly I went on watering the plants even though I was dripping wet. Soon enough Sweetie came back and magically fixed the hose! Ten thousand pogi points for Sweetie! Weeee!

I then asked Sweetie to accompany me while I watered the plants outside. I was scared it might break again, haha. It didn't and the chore was finally finished. It's just funny it happened to me because Miggy and I usually take turns watering the plants. I'll have to warn the gardener who's going to help me do some cleaning not to open the faucet too much. And maybe I'll ask the contractor to adjust the water pressure hehe.

And yes, I had a fruit popsicle after the incident, a mango popsicle from Pan de Manila. Yummm! 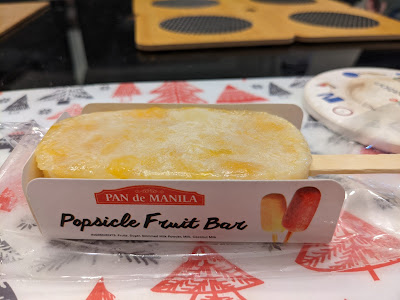 P.S. I'm re-thinking whether I should buy the water hose for my Mom. I was raving about it just the other day. Gaaaaah.