My Work Dads and How they Saved My Life

I have had a lot of work Dads in my job, work Moms have been sparing, but I could say that I have thrived more with my work Dads. I thought about writing about them today since I had to say goodbye to two of them today. For us Filipinos we always see our boss/leader as our parent as well. My former managers would probably find it weird that I think of them as my work Dad, hahaha (they don't read my blog anyway!).

I love my work Dads because they usually just left me run my programs on my own. They allow me the freedom to do things the way I want it to work and they never shot me down whenever I encountered hiccups along the way. It was very much like how my Dad was with me, he only stepped in when I really needed help.

I had been struggling with my health in the last five years and my work Dads knew about it. They probably have not realized it, but Julian, James, Juergen, Nelson and William were all instrumental in prolonging my life. My blood flow had dangerously gone very low at 30%. It was only after my surgery that my doctor informed me about this and they said that they were really worried that I would not make it if I had not had mitral valve surgery. I was also still running at full speed at that time working on my programs.

I was really lucky that Julian and James looked out for me. It was serendipitous that James met Juergen in a trip to Indonesia and he recommended me for a role that has changed my life. It was a blessing in disguise that they insisted I move to Singapore since it was then that I began to see my cardio more regularly and he worked on convincing me to have surgery. 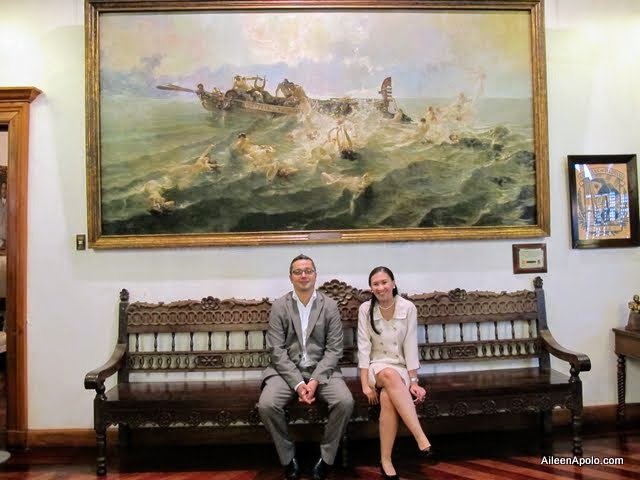 With Jules at the Malacanang Museum. With my scout brothers and sisters and our Daddy James.


My biggest worry back then was how I and family would be able to pay for my surgery. Our fallback was to sell a property in Bicol, but it would probably had not been enough. I tried to save as much as I could, but it was not enough. It was the move to Singapore that saved my life because unlike health insurance companies in the Philippines they actually cover pre-conditions. It was my work Dads Nelson and William who saw me through my surgery and recovery. I probably gave them a fright because it took me 6 weeks after surgery before I could finally pick up my phone and say hello. William even had to come to Singapore to check if I was still alive. My surgeon also said then that he was surprised how much my company cared because they were calling twice a day to check on my progress.

Me with my team mates, as healthy as I could be.


It's again a new chapter in my life as I take on a new work Dad, so I thought I'd write this little piece on how my previous work Dads saved my life.