Last Friday I had the pleasure of attending an intimate cocktail reception to celebrate Internet Freedom Day at the US Embassy Manila hosted by US Ambassador to the Philippines Harry Thomas Jr.

I was born during the Martial Law era and my parents explained to me as a child what it was. They said that you had to be very careful about what you say about the government, especially if it's negative since you could get jailed for it. My parents' friend, Tito Ed (Olaguer), also regaled me on stories of what he did as part of the Light a Fire movement. He eventually landed in jail. (Tito Ed by the way was one of the people who strongly encouraged me to pursue my interest on the internet back in the 90s).

The internet has definitely changed the world in so many ways. It allows us to communicate easily and it has democratized access to information. And it has somehow made the world borderless. I think our generation takes for granted the freedom we have right now to speak our mind, especially on the internet. We are very lucky in the Philippines that our Constitution protects our right for freedom of speech. Nobody gets jailed now for speaking their mind (provided it's not libelous!).

In the past few months alone we've seen how the internet has helped save lives, helped free nations (some still ongoing), build businesses/careers and so many other things however big or small. I've seen locally how the internet community has managed to influence legislation, government plans (i.e. NTC stuff), battle ISP price hikes and communicate to action a wide array of things (i.e. my previous post). I cannot imagine my life without the internet now and I probably wouldn't have gone back to writing without it and I'd probably have a different career! I just hope everyone would have the same freedom we have as Filipinos and acquire it as peacefully as we did back in 1986. =) 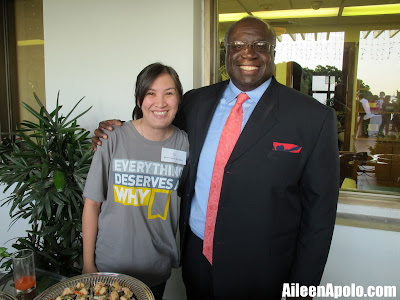