A Day in Dumaguete 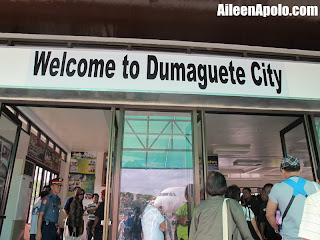 Finally got the chance to visit Dumaguete! I've always wanted to go because my best friend told me a lot of romantic stories about her stay in Dumaguete when she was there for the National Writers Workshop at Siliman University. She told me how simple life was and you can walk by the sea along the boulevard. As with 98% of my trips, I had less than a day in Dumaguete.

I had an early morning flight so I slept most of the trip. I woke up though when the pilot instructed the crew to prepare for landing. I had no idea that the end of the Dumaguete Airport runway was by the sea! Blame my overactive imagination, but I thought we were going to crash when I saw how close the plane was to the water. Everybody in the plane seemed calm though, so I told myself things were going to be fine. We came down hard on the runway (my first time to experience that on PAL flight) and the pilot immediately stepped on the brakes. I ended up holding the seat in front of me. A friend of mine explained that the runway was short, so that's why the pilot had to step on the brakes hard. Haha! Anyway, despite that I managed to take a photo of the airport from the plane. The trip from the airport to the hotel lasted only ten minutes. There was a group of girls in the van with me and they were talking about all the things they were going to do in Dumaguete for the next four days. I was envious since I didn't have the luxury of time to go around. So I just comforted myself by taking a photo of the sea. Also spotted an island across and a friend of mine explained that it was Siquijor. 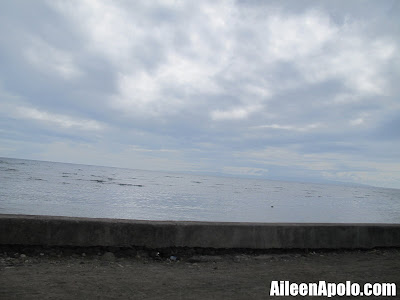 It was my Ninang Jane who recommended I stay at Hotel Nicanor. She said it's the newest hotel in Dumaguete, the more popular one is Bethel Hotel which I spotted on Rizal street. Anyway,  Hotel Nicanor was sandwiched between Cafe Laguna and Sans Rival Cakes & Pastries, so I was quite happy about that already. After check in I had a quick breakfast at Scooby's (a local fast food chain) and then I went to Siliman University. What I forgot to do? Take photos of Siliman University! Arggggghhhh.

The highlight of my trip though was going to Rizal Boulevard. It was the most charming place! 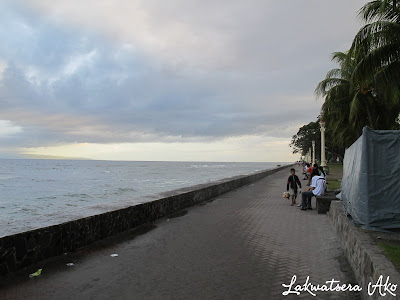 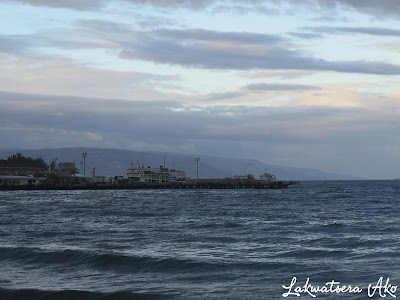 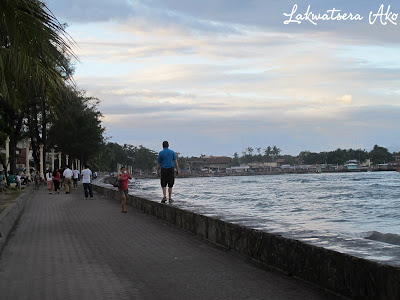 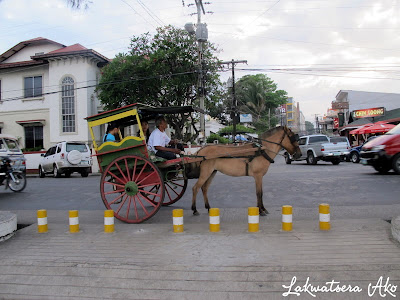 The building at the end is Bethel Hotel. 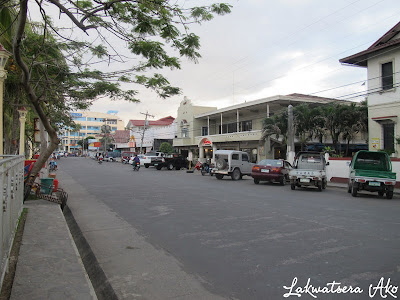 I'd love to come back someday and explore the spots the girls mentioned in the van. And I learned that you can easily take a ferry ride to Bohol from Dumaguete!
Ipinaskil ni Aileen Apolo-de Jesus sa 3/21/2011 09:23:00 AM