I went to sleep last night with a bad taste in my mouth. I had just seen a post promoting a candidate's virtual session. There's nothing wrong about promoting an event, but this one was really unethical. It was done on a city mayor's page and the official public information page of the city. Of course, the admin immediately deleted the posts, but the damage was done already. It disappointed me a lot because I really appreciated the efforts of my city government to provide updates. Now I'm questioning whether they should be trusted.

It's not new to me. I've had a lot of firsthand bad experiences. I even picked up a call that was a death threat for my Dad when he and Tito Ed were cleaning up PNCC. I was in high school then and we were immediately sent away. The first time I asked about corruption was in sixth grade. I asked my parents how come a classmate was getting PhP200 as her daily allowance and I was just getting PhP5. When I grew up I saw the grown-up version, even in other countries. 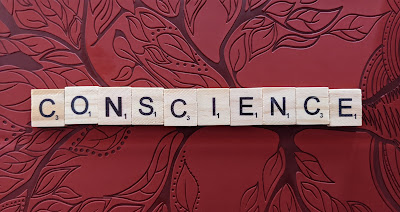 It always makes my stomach churn whenever I encounter these things. My Dad though taught us to do what's right. I remember asking my Kuya during our last Japanese buffet dinner before the pandemic, "How come I always encounter these things?" He said it happens because Papa God knows I can help make things right. While some would be skittish about righting things I always pushed to make things right even though it oftentimes got me in trouble. That was the only way to stop my stomach from churning.

The election fever is upon us. I realized last night that I probably need to lay off from reading too much stuff online. It's giving me a lot of stress and has been affecting my health. I also realized there's so much fake news and it's adding to unwanted stress.

Some of the purveyors of fake news and trolls are probably in it because of need. I do hope and pray that they realize that what they are doing is wrong. There are other means to earn a living. And for the mastermind to grow a conscience. What good is power if you acquire it in the wrong manner? What good is wealth if you steal it? What good does it do if you don't have peace in your heart? And for the fanatics, what good does it do for you to support someone who doesn't have a conscience?