The only thing that's fake about martial law is the date that it's supposed to be commemorated. This "bogus anniversary" was mandated by former president Marcos on a backdated paper. Martial law was declared on September 23 not September 21. You can read more about it here.

There are many resources you can use to help teach your children. I was lucky because Miggy and I had the opportunity to hear first-hand experiences from my Dad's friends. Miggy and I once hopped on a long ride to Bicol with titos who were members of the Light a Fire movement. They shared that their mission was to draw awareness, not harm. They wanted martial law to end. 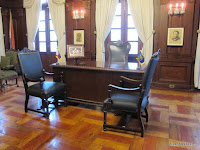 They shared about how they strategized and implemented their plans. Eventually the conversation turned to the time Tito Ed was put in jail. I wish I could remember all their stories, but what struck me that day was the sacrifice they made to fight for our freedom. I can just imagine how hard it must have been for their families when they were incarcerated.

My parents protected us during that period. Tito Ben would call to give warning when something was up. They were very strict about being home at a certain time. Ate and Kiuya would be scolded if they came home late. I was still very young then, but I always knew when the situation would be dangerous. I missed a lot of classes leading up to the EDSA Revolution. My parents would keep me home when they felt it wasn't safe.

Our children are growing up without fear of getting picked up. They can write and post whatever they want. They can aim to be whoever they want to be. We have this because our parents (and grandparents) fought for our freedom. Let's all make sure we keep it that way. Let's not allow the horrors of the past come back to the present. 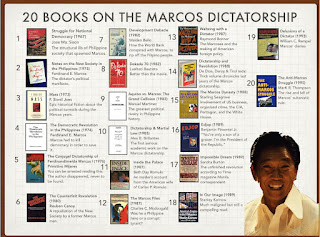 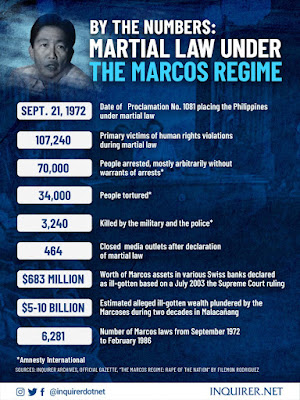