The Quest to Keep it Simple 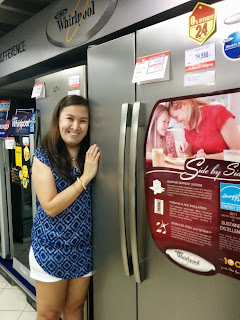 Invest in Stuff that Need to Last

When I was a kid we rarely went to buy stuff at the department store. I remember when I was in first grade it was a big affair when we went to SM to buy my first Gregg shoes. My Mom wanted me to use Gregg shoes because it was a shoe brand known to last. Unfortunately my feet didn't agree so my Mom exchanged it for several pairs of shoes (Gregg shoes was expensive). One pair was the popular Kung Fu black shoes which I used every single day until it retired and then there were several pairs of colored shoes. From this I learned, for everyday use buy what's going to last and for frilly stuff just buy the inexpensive one (just make sure though you are in agreement with the expensive stuff you buy). I follow this guide for buying gadgets and home appliances. 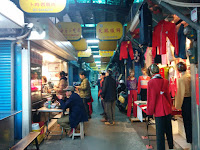 For times when we needed to buy clothes my Mom would schedule trips to Baclaran. I have a godmother who has a store there and we always made a stop at her shop. I learned to haggle from my Mom, but nobody compares with how my grandma could haggle. She was really good and oftentimes got merchandise at 50% off the price. Majority of my clothes came from Baclaran until I was in high school. It was my Dad who used to bring me to SM to buy clothes when my Mom was away traveling. When I was in university I discovered University Mall and Giordano from my classmates. Until now though I cannot get myself to buy very expensive clothes. I get more excited over "sales" than "new season".

Now this is something I am still working on. All of my material possessions went under water during Typhoon Ondoy and that's when I realized I had too much stuff. I ended up throwing out a lot of my things because they were rendered useless. I also realized I was too much a pack rat.

I had a seatmate at work who didn't have a single thing on his desk. His desk looked like no one occupied it. One day I told him, "Hey Shannon when I grow I'd like to be like you." He gave me a big smile and proceeded to remove stuff from my desk which he thought I didn't need. Most of the things he said I didn't need were mementos from trips and gifts from friends from the community. He said just keep stuff that you really use everyday, other things you can just probably borrow (yeah he used to borrow a lot of my stuff haha). He also said that he cleans out his closet every quarter and he pro-actively removes clothes he hasn't worn for 3 months.

Looking at the clutter on my desk I'm still very far from being like Shannon. After Typhoon Ondoy though I've managed to reduce drastically (Sweetie yes that's drastic) and moving to a home that's a third of the floor space we used to have really forced me to go for less stuff. I still love to shop, but I'm now more mindful to just buy what I need and what I would actually use. It's going to take awhile for me, but I guess it helps as well that Sweetie reminds me to fix my clutter every so often (organized chaos remember?).