Madonna is one of the artists I grew up with. Her songs always played on the radio and became big hits when I was growing up. I still remember in sixth grade there was a tussle among class groups on who would get to perform "True Blue" for our dance PE class.

A few months back, Sweetie surprised me with tickets to watch Madonna. I wanted to watch but the ticket prices were really expensive! Sweetie is a big fan so by some luck he was able to get tickets at the langit section. I made sure to come home to watch the concert. 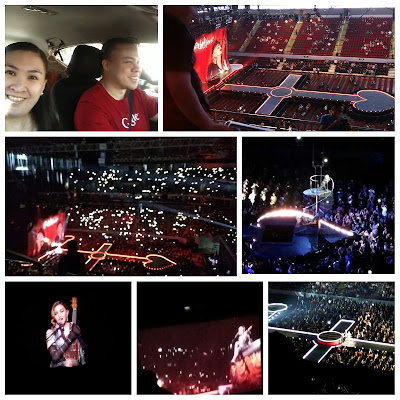 We planned our day carefully to make sure we were not going to be late for the show. We both took the day off so we could be in the area by afternoon (and avoid Manila's horrendous traffic). We were at the venue by 7:30 pm. Little did we know we'd have to wait until 10:30 for Madonna to start the concert. 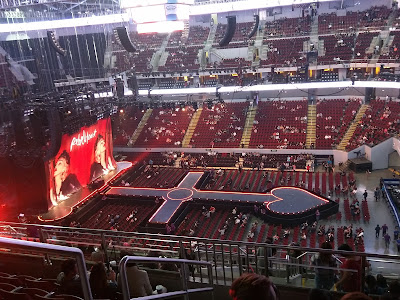 Waiting for the queen.

I had goosebumps when Madonna came down from the ceiling inside a cage. I purposely did not do any research about her concert since I wanted to be surprised. The first number was a powerful performance of her song Iconic. 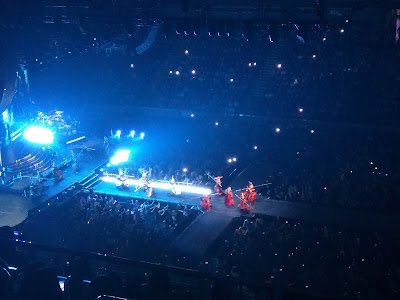 The stage, the costumes, the effects were simply amazing and I noticed they did not re-use props throughout the concert. Some memorable moments:  a stairway flew down from the ceiling, dancers doing Cirque de Soleil moves, a dancer jumped off the stairway and disappeared in the darkness, Madonna pole dancing and I was pleasantly surprised that Madonna could play the guitar and ukelele. I felt giddy whenever she sang one of my favorite songs and I happily sang along to most of the songs. The number on "Holy Water" though was disturbing since the costumes/props used church inspired elements (I don't think the CBCP would be happy about it). 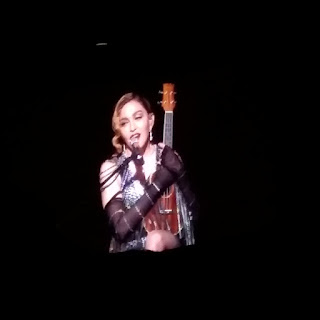 It would probably be the first and last time that I get to watch Madonna in a concert. Thirty years though was worth the wait and I am amazed at her stamina (I would probably just last just a minute into one of her numbers). Madonna is certainly one of the best performers in history (the other being Michael Jackson). It's a once in a lifetime experience and I'm thankful Sweetie got us tickets! 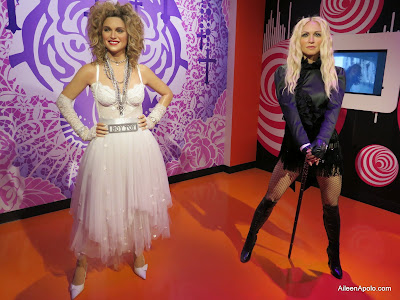 And she's coming to Singapore! If she starts late there then maybe I can still catch her performance on Sunday. Hahaha. I don't have tickets though.