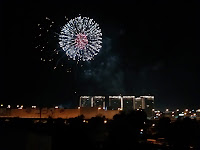 New Year? What New Year? I was so busy in January the month just flew by without me making any 2016 targets. I took the chance to extend my leave on the first week of January since our review dates were moved (yay!), but I ended up clearing up clutter/getting sick/fixing Miguel's schooling during that first week. The second week was spent easing in Miguel in Singapore and the mad dash to get him a student's pass and working on data for our review week. Then the last two weeks of January was spent struggling for my health. It did not help that I got misdiagnosed. There was nothing wrong with my tonsils, but very bad allergies led to sinus infection (the inside of my nose had a gazillion white dots!). All resolved in time for February.

It's almost the Lunar New Year!

So I thought, hey, January was a month for practice. February will be my new year this year. I also realized that there were just so many loose ends in 2015 that I need to put order to my life. Thus, 2016: a call to order. I don't consistently work on yearly targets, but to put my (somewhat) OCD self back on track I thought I'd make a list for 2016. Here's some personal goals I'd like to work on this year. 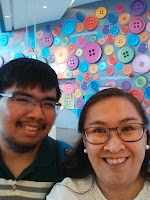 1. Be a better mother. The last 4 years have been very hard with Miguel with me being so far away. I realized that he probably just wants to be with me. He's now studying in Singapore and we've been sleeping together in the same bed just like when he was in high school (he's moving to his own room next week). I can't imagine how I managed to pull this plan off in less than a week. We're off to a great start.

2. Be a better wife. I've been married for 6 years now, but Sweetie and I have been living together on and off in the last four years. I told him I want our family to be all in one place where I can take care of them the same way I did during the first two years of our marriage. I also have been needing constant care since I've been getting sick a lot more. I am praying hard that we will be together soon.

3. Be a better daughter. I miss my Mom a whole lot and I worry for her a lot more. She's the only parent I have now so I hope to take care of her better.

4. Be consistent at work. Work was never a problem for me. I just hope to be consistent in my performance and deliver what I promised for the year (seriously big, hairy audacious goals in place for this). 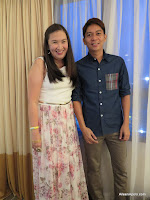 5. Be a better friend. The last four years have wreaked havoc with my friendships. I was never permanently in one place and it's been hard to deepen relationships. I'd like this year to be the time where I can spend time and be reliable for friends. Sorry na huhu!

6. Serve. Because of my health I have not been able to serve in the last few years. I used to be part of our choir and was the editor of our Parish newsletter. I've been off the hook since everyone had to pray for my recovery (hehehe), but I hope to find a way to serve in my own little way.

7. Balik Alindog. Ahhh this is probably on everyone's list! I need to seriously lose at least 10 pounds so Dr. Koo won't scold me anymore (and well for the good of my heart!). I should be able to eat more healthy while in Singapore (food in the Philippines is just so awesome and one can't stop eating!!!).

9. Enjoy my hobbies. I have these big hairy audacious goal for my quilting and I've promised blankets (blankets!!!) to a few friends. Must get back at it soon.