Mapping the Philippines and More

It's been seven years since I started my 20% project of advocating to get more communities to help map the Philippines. I'm not ashamed to admit that I flunked my Philippine map exam back in fourth grade and this has left a huge hole in my brain. I did much better in the Asian map exam in high school and I realized that you can make up for things even if it takes awhile. I still have a very bad sense of direction though (thank God for Google Maps!). 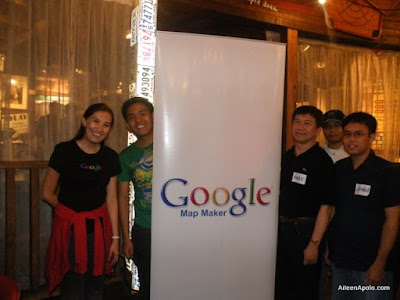 
In late 2008 Google Map Maker was launched in the Philippines. I was amazed with this platform because it allows users to contribute their local knowledge to a map. One of the ten things I listed on my "to do at Google" in 2006 was to find a way to improve the Philippine map on Google Maps. I had no idea then how to go about it so when Google Map Maker was launched I was ecstatic. In 2009 during a typhoon the mapping party kit was launched. It was also the first time I was tasked to speak with press around (eeek!) and so I had to really think how to make users do mapping parties (now called mapUps). 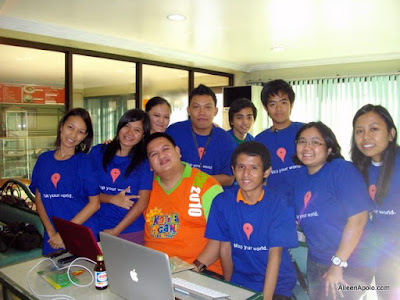 One of the first mapUps was hosted in GenSan.

I almost drowned during Typhoon Ondoy and I lost majority of my material possessions (coz I lived in the basement at that time). I only managed to save my desktop (priorities!!!). Maps played a big role in crisis response and the Red Cross gave feedback that they used Google Maps to rescue people. I realized though that we really needed to get more info mapped especially for disasters. A few months later I started to get communities to do mapUps.

It was in 2010 though that I worked on a project to get precincts mapped. With the reduction of precincts from 280K to less than 80K (I hope my stats are correct) I thought that this would create confusion for voters. With the help of my good friend Dan Delima we created the "Find Your Precinct" app. One big realization we had though was the fact that a lot of areas in the Philippines were not mapped yet and so several communities (like GBG GenSan) took the task of mapping their localities. "Find Your Precinct" made a comeback in 2013 and by 2013 more areas were mapped so communities (GBGs, GDGs and GSAs) made a huge dent on mapping precincts.

With Lalit who created Google Map Maker and mappers from across Asia.

Projects take years to incubate. It was only in 2012 that I finally figured out how to ramp up and scale what I was doing in the Philippines. With help from communities across the country we reached more users who wanted to help map their areas and more than a hundred mapUps were hosted across the country in 2012 (yay!). And because of that I was told to help organize mapUps in other Asian countries too (that or I don't get any funding for the Philippines!).

It's been 7 years since I've been working on getting the Philippines mapped. It was just an idea back in 2006 and I had no idea there would be so many people who'd want to help. I must admit that I only know the basics in mapping and moderating, but I think my role is to just be the logistics person in getting help to map our country. Since I am physically unable to help during disasters this is how I help in my own little way and I'd like to thank the countless communities and volunteers who continue to map (please pray I can still do more mapping seasons!).

MapUp Schedule for this Year: