I got my first Lego set when I was just 4 years old. It was a a simple box of bricks in six colors: blue, red, yellow, white, black and green; and then there were just a few people, wheels and doors. Green being the base where you built your creations on. Designs were printed on the box and building more was essentially left to your imagination.

I only had that one box for many years and by age ten I was playing mashup Lego with Barbie. Using Lego to build Barbie's other stuff. My first Lego eventually was inherited by Miguel. He enjoyed it a lot and started to design ships with my lego. He was lucky though since by the time he was born Lego had expanded its bricks into many different shapes, sizes, colors and themes! And because I was curious I just kept buying for Miguel (lucky kid).

It never occurred to me to buy myself my own Lego set. I was busy with my other hobbies -- quilting, making homemade cards and colouring books so I didn't really have time for anything. One day I was checking out Big Bang Theory souvenirs online and saw an announcement that Lego was coming out with a Big Bang Theory themed Lego set.

After doing some research I found where to buy a set and convinced Cherry to accompany me to buy it. 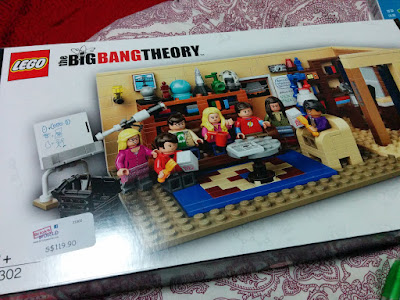 I was AMAZED when I opened the box. I realized that the last time I opened a new box of Lego was when I was four years old. My mind was blown when I saw that the bricks weren't just in six colors. It covered the rainbow and more. And the bricks were not just square and rectangular bricks, but it was in many different shapes and sizes. I was also flabbergasted with the fact that the design came with a manual. A MANUAL! I almost cried with happiness. Hahaha. 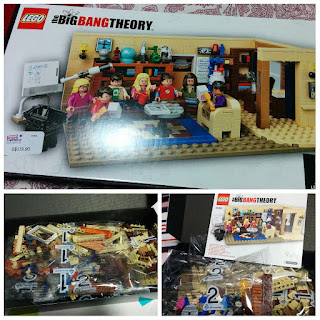 I was actually relieved that the set came with a manual because I absolutely abhor those nano brick thingies where you have to figure out stuff (never built one and don't plan to build one). I spent one whole afternoon in Lego heaven slowly building the base of the Big Bang Theory set. I told myself to take it slowly so I could enjoy putting in each and every brick. 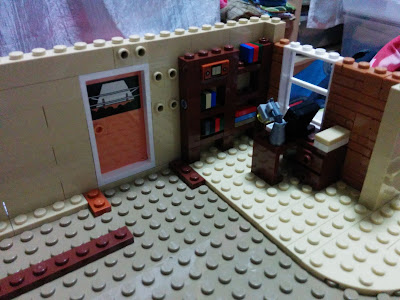 I'm about halfway now building the Big Bang Theory set and I've been thoroughly enjoying it. The only thing I dislike is having to find a part in different bags, but I guess that's part of the journey. I like the fact that I'm building something with structure to it versus building from my imagination (we all know my imagination is kinda limited when it comes to designing stuff...). Lego has certainly leapfrogged my experience to a higher level.

Thank you Lego for still being the toy I could enjoy immensely even as an adult (uhoh I actually said the A word!).

And heaven help me not to get started with the Star Wars sets...