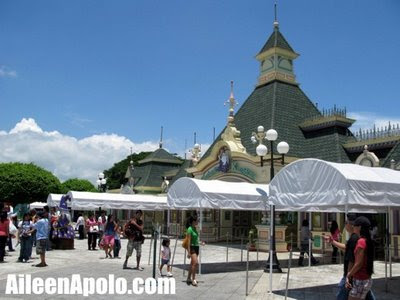 The last time I was at Enchanted Kingdom was years ago, so I jumped at the chance to join the bloggers caravan upon the invitation of EK (I kept my promise Richard!).
I woke up really early on Sunday since Sweetie and I wanted to attend the 7:15 a.m. mass at Greenbelt and have breakfast after. We had an happy-mumu breakfast at Wendy's because we were joined by Winston, VanJohn and Bryan (who I heard has a huge crush on...). [Update: Bryan is now contesting that it's Van who has a huge crush on...]
Anyway, back to the EK post. After eating we bought water and saw Fritz looking lost near Intercon (we were lost too!) and luckily saw Jonel being given instructions by a Manong at the end of the open-parking lot.  We were to take the ITEX Shuttle Service to EK (details on how at the end of the post).
There is something about theme parks that always bring out the kid in you. It's a warm, fuzzy feeling and you feel giddy all-over. (Did you guys feel it too?).
Anyway, I honestly dreaded the Magicalympics since I felt I was going to have a hard time and end up having asthma. My Dad also warned me to take it easy and not get myself injured. Had I known about the game we were going to play I would've probably declined the invitation.
BUT...
Dodgem or the bump cars was our first challenge. We basically had to retrieve 5 flags. It was no easy feat since we had to fight off the staff who would block our way to the flags. This is where I got some bruises since the staff bumped our car really hard and I fell off the seat, good thing EK has a First Aid Station.
Next was the Wheel of Fate (ferris wheel) where we had to solve a puzzle. It wasn't easy for us either since most of the members of the team were scared of heights. 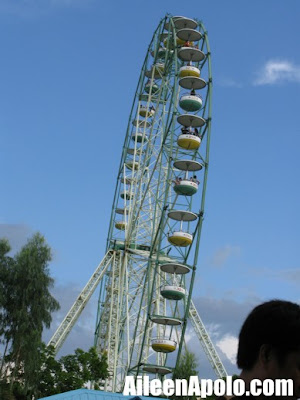 Then we had to do a bit of singing at the Steeplechase Arcade. Check out how bigay na bigay the boys were. 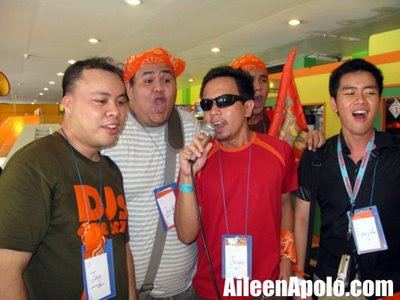 We also got to experience hanging out at the Rio Grande, watching the Lego Racers Movie at the Rialto, finding horses at the Grand Carousel, doing the longest line game at the Junior Kart Trak, cooling off at the Flying Fiesta, but the most memorable challenge (and ride) was at the Log Jam.
I knew I was going to get wet at the Log Jam. I always did in previous visits. What I did not know though was I was going to get REALLY WET. At the Log Jam we were required to wear a headband with a plastic cup on it and the staff filled-up the cup with water (check out the photo below). At the end of the ride my cup was just half-full and I was wet all over! 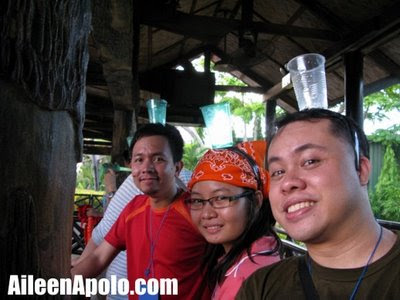 Anyway, our team may have ended up on fifth place (out of 5! LOL), but we surely bonded a lot and just enjoyed all the challenges. I'm really surprised that I enjoyed and survived the day. 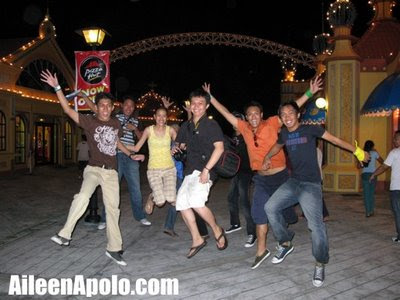 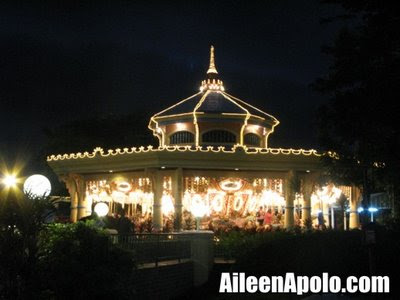