I could barely get out of bed this morning because I felt like dismantling. I played 2 games of lazer tag last night at LazerXtreme at Market Market. I missed the play set-up by Benj a few weeks ago, but I told myself I was going to try it out. 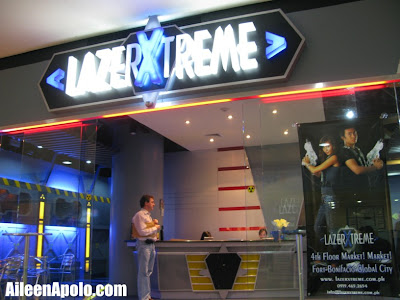 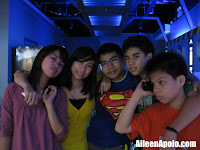 Yesterday morning I brought the kids to LazerXtreme to play lazer tag. We missed celebrating Miguel's birthday so I thought it would be fun to get the kids hungry by playing lazer tag and then have a hefty lunch at our all-time-favorite Max's Restaurant. They didn't have an idea what I put them up to, but after the first game they were all excited to share their experience inside the "field".

I didn't join the kids coz I was scheduled for an evening run since Kuya Andrew's here from Davao. Most of those who said will join eh nang-indyan (should I name them here??? hehe)! Anyway we decided to still play even though it was just Sweetie, Drew, Juned and me. 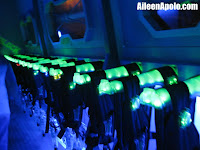 Despite reading several blog posts about the game I still didn't really know what to expect. I felt like I stepped in a ship on Star Wars when we entered the cool sliding door. Since three of us were noobs we went through a short briefing session where the guide explained how the game was played. After that we entered another room where the lighted vests were located. We got our vests, wore it and had a photo taken.

There were so many other players in the first game and I unfortunately became the bait! Argghhh!!! I found out too late that I was holding the phasor the wrong way and that prevented me from tagging. Gah! But my game improved a lot in the second game. We played free-for-all, meaning we had no teammates and you could just tag anyone. It was a crazy game and I had a hard time hiding since my light was pink! I ended up second (out of 4) and secret ko na lang how I got that score hehehe. 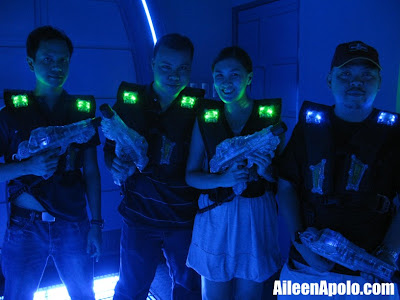 I definitely had a grand time and despite all the muscle pains I'm experiencing now I'll definitely go and play again!