10 Things that were Non-Existent Back in the 1980s This post was inspired by the game that was played during Neo's launch of its newest 3D gaming laptop where we were challenged to name as many things that were non-existent during the 80s. I can easily name 30, but would just limit this post to ten things I use a lot now.


I remember back in high school me and my imaginative friends dreamt that we would eventually talk/chat easily through a computer. We all had PCs with monochrome monitors and no internet access yet when we had that conversation. It did come true. My best friend lives in Cebu and I only get to talk to my other friends via chat (GTalk, YM, Facebook, Skype and ICQ). 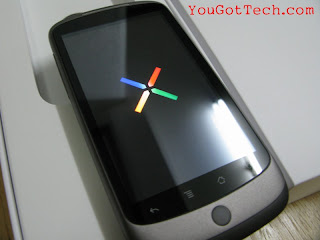 
I was issued my first mobile phone when I worked for a telco. It was the N100 and was nicknamed "pangkaskas ng yelo" because it was solid and heavy. It could only do voice calls back then. And who would've thought that we could carry around our landline phone? Smart phones nowadays, like my NexusOne, gets you on the internet in a jiffy. Oh back in the early 80s our phone had a rotary dialer. My son couldn't imagine how it worked.


I used to collect cassette tapes and record my favorite songs while listening to the radio (unheard of for Miguel!). We also used to watch movies on Betamax and eventually VHS tapes. Nowadays one's favorite song can be easily acquired by buying the CD and movies through DVD (and BluRay!).


I lost touch with a number of friends to immigrated when I was a kid. I'm quite happy that I've found most of them through social networking sites like Friendster, Facebook, Multiply etc. Back then the only way to stay in touch was by calling them or writing them through snail mail. I even have a stamp collection to prove that I used to write a lot of letters. I now use snail mail only on rare occasions since there's email anyway.


I got my very first camera from my sister. She found it on a sidewalk in the US and when no one claimed it, she sent it to me. A good chunk of my allowance went to having film developed. Thank God for digital cameras since taking photos is now limited only to the size of your SD card/memory. Most phones also have cameras so it's easy to capture images anytime, anywhere. (And yes Miguel, back in the 80s we did have colored photos already! Rawr!!!). 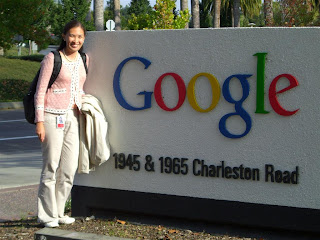 
The founders of Google are just 2 years older than me so it definitely didn't exist yet in the 80s although based on some readings I've done search has been around for sometime already, just not for everyone. I was already a college graduate when Google was founded, but it definitely got me through grad school because it made doing research much easier.


I don't really know how I would've survived commuting to and from school without the LRT. I used to take the jeepney though whenever I had to study for an exam.

Monstrous USB Storage and The Cloud


My first USB had tiny storage space. Inarbor ko from my Kuya. I dunno how old it is right now, but it's with Miguel and has survived a couple of floods already. There was a time my thesismates had to go to my house to physically share files with me (on a floppy disk!). I can't imagine how we managed to complete our thesis back then. Eventually things got more sophisticated and I just burned huge amounts of data on a CD, then DVD and now I can just easily copy stuff on a USB flash drive.


I felt really cool when I was 12 because I had a Walkman. I used to sleep with it (and that probably affected my hearing) and that's how I listened to my cassette tape collection. I skipped owning a DiscMan because I found it too expensive (I was already working then so I couldn't ask my parents to buy me one), but I did gift myself with an iPod Nano (not the first gen iPod) when it came out. I love listening to music (my son too) and my iTunes holds my music collection now.


My Kuya had a dot-matrix printer in the late 1980s. It was quite noisy and I'm proud to say that I acquired the skill to change its ribbon! My son has never experienced printing on a dot-matrix printer and maybe one day I'll unearth the one we had in the early 90s. It's still somewhere at home.


We take these things for granted nowadays, but kids are so lucky they have all of these things at their fingertips. I didn't mention gaming consoles in this post since the only one I had back in the 80s was Game & Watch and a PacMan watch. I was never allowed to play Atari or Super Mario so I still play games like a three year old. Anyway, all of these conveniences are great and helpful, I wonder how things will be 30 years from now.

Email ThisBlogThis!Share to TwitterShare to FacebookShare to Pinterest
Mga etiketa: 1980s, looking back